Confessing my addiction to pornography to my wife was probably the hardest thing I have ever done in my life.

It took me 30 years to work up the courage to do it. Yet once I was convicted that it had to happen, I wanted to tell her at the first available opportunity. That morning I woke up before dawn and when she finally was awake, I led her into the family room and we sat down on the couch together. When I broke the news, she was pretty much in a daze.

Learning that her husband had been betraying her in his mind with countless women her whole marriage was certainly the worst news she had ever received. Later we learned that she was going through the stages of grief. She was experiencing extreme loss. The marriage she thought she had no longer existed. Now she wondered if it had ever existed. The first few days she was in shock and in a fog. But it wasn’t long before a tsunami of anger washed over her.

We were in such different places.

I was actually feeling much better. I was experiencing a new life free from the grip of porn. And now my double life was behind me. I had come clean. I felt release and a new lease on life. Her dream world had come crashing down. Not that I was the perfect husband. In fact, while she never imagined that I was addicted to pornography, she had felt that our marriage wasn’t all it should have been and not even what it had been. Now, in her mind our whole marriage was a lie, a sham. Getting this news was like a kick in the gut.

I’ve always known that marriage, like everything else in life, requires maintenance and an investment.

Both my wife and I invested heavily in recovery. Part of her anger with me had to do with the high price she had to pay in order to do so. She had to read and study and learn about addiction. She talked with a therapist every week. She started a journal. She learned about a dark, ugly world that she had no desire and no intention of delving into.

She respected the fact that I was working hard to change my life. And she told me she could see that I was different. More attentive. More caring. More present. Happier and more cheerful than before. I had been keeping an online journal for about a year before I finally broke down and came clean to her. I took two online courses; each of which took a few months to complete. I also went to see a therapist. And I read as many books as I could find that might help me get the help I needed to become a new man.

In the early days I discovered that her anger came in waves.

When a big wave hit it was up to me to keep my head down and my mouth closed. I was at fault. I caused all of this. I had to be humble enough and determined enough to take what was coming to me. On the days when things were better I would offer to massage her shoulders or her feet. I tried to do things to help around the house like wash the laundry and the dirty dishes.

I didn’t do it alone.

Other than help from God, my biggest source of help was from a group of women whom I met on an online support board. One section of the site was for men like me and we helped each other on our journey. There was another area where partners went to discuss betrayal and how they were dealing with this situation. Some of them agreed to offer me suggestions as I broke the news to my wife. So they had already informed me that my wife would not “be better” in a matter of weeks or months. I had to go into this knowing that it would probably take a few years for my wife and I to work through all of the ramifications of this addiction.

Almost two years after I told her we had an opportunity to spend a week with another couple discussing our relationship for several hours each day. There was still plenty to talk about and plenty to work on. The wounds were healing, but the scars were still there and we had many feelings which needed to be expressed.

It’s been twelve years since that morning when I broke the dreadful news to my unsuspecting wife.

We both agree that our marriage now is stronger than ever before. For one thing we each made a decision to stay. I know how much I hurt her. I know she didn’t have to remain in our marriage. She knows how hard I worked to eliminate this harmful, compulsive behavior from my life. She can see how I’m making an effort to win back her trust by showing my love through my actions. I saw how hard she worked to forgive me, understanding that forgiveness is a restoration of a relationship and does not condone the offense nor mean that the pain isn’t real.

If I had planned out my confession I would never have chosen to do it within a few days of our wedding anniversary. For a few years she didn’t really want to celebrate our anniversary because she associated that date with my act of betrayal. But that’s been forgiven and almost forgotten. This year when our anniversary came around she gave me this card. Look what it says:

And here’s the inscription:

Sheila says: I just want to encourage anyone who is holding back something important from their spouse to get some help and open up! And let me know in the comments: Have you ever had to confess something big? Or has your spouse ever confessed to you? Let’s talk! 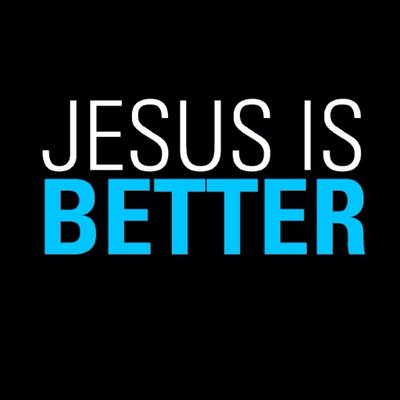 Hugh Houston, Missionary. Married. Father of four. Two grandchildren. I love telling people about Jesus and watching as He works in their lives.

Some of the best posts from Hugh: