What I'm Reading: New Books for You to Enjoy 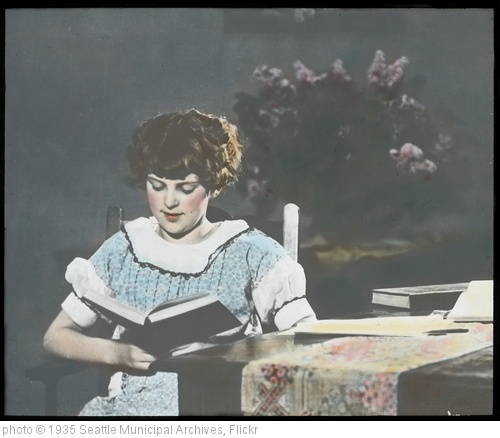 I’m starting a new feature here at To Love, Honor and Vacuum! I get so many requests to review books, and I can’t get through them all. But I wanted to give up and coming authors a chance to get in front of my audience. So once a month I’ll be letting you know about three books by new authors that I think may interest you. I try to choose books that focus on marriage, parenting, or Christian women’s themes. You can be featured in the future, too!

Through Eyes of Grace

We’ll start with my friend Debi Walter, who, together with her husband Tom, writes at The Romantic Vineyard. Debi’s novel Through Eyes of Grace tells the real life story of her grandmother growing up in Oklahoma just after the turn of the century.

Fifteen-year-old Grace is an innocent, one of the older children in a large family that works hard. Living on a farm with mostly girls, and not boys, hard work started young. And Grace has romantic dreams of the future. But when her dreams are centered on the wrong boy, calamity strikes. She’s brutally raped, and the rape results in pregnancy.

Grace’s childhood ends quickly, and she has to learn to grow up and leave everything she knew behind. She has the baby, and her parents prepare to raise it, sending Grace to live with relatives in a city. But does Grace have the courage to start over? And how does she leave a baby that she loves, even if she never wanted her?

It’s a story of second chances, and I found it remarkably poignant and beautiful. In the background to the story is all the hustle and bustle as the west was settled, with trains coming through, and caravans, and baseball games, and the thrill of expansion.

Debi writes beautifully, and Through Eyes of Grace is a lovely story that every woman will love. I’m going to get my 15-year-old to read it next! Perhaps the story meant more to me because I have a 15-year-old right now, and being forced to grow up quickly is something I’m so glad that she does not have to do.

Tanya Eavenson’s debut novel asks the question: How far would you go to hold on to a marriage? If someone keeps rejecting you and running away, do you keep coming back, over and over again, even if the coming back leads to more pain?

At the opening of the book you just hate Chris Roberts. He’s the kind of man you want to hate: he’s having an affair at the same time as his infant daughter is sick. And he leaves his wife Elizabeth in the hospital with their daughter to go running into the arms of another woman.

Yet when tragedy strikes, and the little girl is taken from them, Chris realizes, too late, what’s really important. By that time Elizabeth wants to give up.

Her life is too difficult. Suffering from memory loss from an injury a year previously, she inadvertently pushed her husband away. The only person she truly knew was her little baby girl, and now her daughter is gone. Can she pick up the pieces to her life?

And when someone enters her life from the past–a past she can’t remember–feelings start to return. Should she turn to him?

By this time Chris starts to look appealing. He’s confessed his sin, he’s repented, and he wants his wife back. But she doesn’t want to take him. Or rather, she keeps repeatedly changing her mind, dangling the poor guy like he’s a yo yo. It’s a theme we talk about a lot on this blog: when you’re married to someone who messed up, how do you get beyond that? And many women do what Elizabeth does: they leave them right when the guy is actually starting to get his life together.

So even though Chris had an affair, you find yourself rooting for him, and angry at Elizabeth for not realizing what she still has.

Much in a marriage can tear us apart. Ultimately it’s our choice whether we’re going to let mistakes wreck things, or whether we’ll look beyond those mistakes and rebuild what we have. When God rebuilds something, it’s often even more beautiful than it was before.

A thorough exploration of what it means to say that marriage is Unconditional–and a challenge to us to see beyond the mistakes and into the heart inside our spouse.

Building a Marriage Fit for Champions

Faithful blog reader Akinyele Ojo lives in London and saw firsthand all the hooplah surrounding the Olympics in 2012. And he asks–what do the Olympics and marriage have in common?

Winning a medal is a source of great joy and fulfillment–as is succeeding in marriage. But, says Yele, “this type of marriage does not happen by accident. It is the result of a conscious effort and a lot of hard work.” Just as Olympians need to train and constantly better their sport, so do spouses if they want to succeed and experience great joy in their relationships.

Throughout the concise ebook Ojo weaves in stories of Olympians who believed in themselves, who set goals, who never wavered, and who were dedicated to excellence. And then he brings Scripture in to encourage us forward.

Change yourself; don’t try to change your spouse. Imagine what kind of marriage you want and then work unwaveringly towards it. We do that in our work; we dedicate ourselves to a task, we master it, and we complete it. But somehow we think marriage should be easy. Why don’t we put the same work into marriage as we will into other areas of our lives?

Dwelling on the importance of communication, trust in God, and even learning how to relax, Akinyele’s purpose is to help us believe that a marriage fit for champions is more than possible–it’s just about guaranteed! As long as we decide to put the kind of work and training into it that it deserves.

A short, concise motivational book, Building a Marriage Fit for Champions serves as a bridge for those who may not have thought about what goes into a good marriage. Everybody understands sports; few understand relationships. He uses the two to encourage us to press forward.

Thank you to the three authors for sharing these books with me this month. I look forward to bringing more to you next month!

I was compensated for these reviews.