Why Can't He Be More Like Me? Book Review 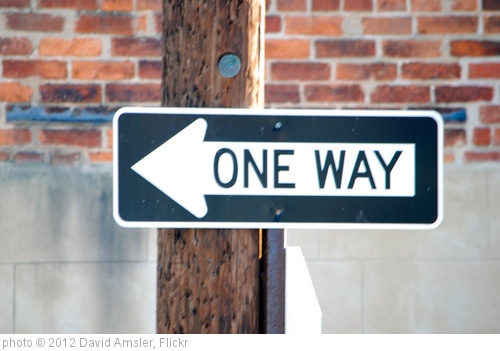 “How can you think like that? What is the matter with you? Why aren’t you normal, like me?”

Have those words ever crossed your mind when you’re mad at your husband?

That’s what Poppy Smith experienced when she married her husband Jim. Just 20 when she met him, Poppy was living in Nairobi working, after her family had moved on. She was originally from England; Jim was a 30-year-old physician in the Peace Corps from the United States. She was used to an exciting life of change and adventure. He grew up on a farm in Iowa, and liked things quiet. She wanted to connect by talking and sharing the adventure of life; he wanted things planned and orderly.

And so it was that in their first few years of marriage Poppy was sure she had made a mistake. They were miserable together. He didn’t understand her. He didn’t act like he loved her. Nothing felt like it was supposed to. She spiralled downwards.

I know many of you feel that way in your marriage. You’re just miserable. You don’t connect. And your husband just doesn’t understand what goes in to making a great marriage. You want to connect; you want to be in love; you want to have fun. And him? He doesn’t get it.

If you feel that way–if you feel alone, and desperate, and like you have nothing in common–Poppy understands. She tells her story in her new book Why Can’t He Be More Like Me? And she shows you how she got to the other side of celebrating and appreciating her marriage, even if it wasn’t easy.

I sometimes feel very inadequate as a marriage blogger because I know that often what I say sounds so trite. When you’re really going through rough times in your marriage it’s hard to imagine that things could ever be different. How could your husband ever learn to show love? How could your husband ever meet your needs? I know you’re lonely. And when I say things like, “learn to love him first”, or “meet his needs first”, that can sound so impossible. How can you do that when you’re so empty?

Poppy’s book provides a wonderful bridge to this conundrum, because she understands. And she gives practical tips and lots of stories throughout of how you can change the dynamic in your marriage–how you CAN actually achieve real intimacy even with someone who is so different from you.

But it starts first with a mindset change, and then with some tools.

Don’t Give Up, My Child–Grow!

That’s what Poppy heard God tell her when she cried out about her marriage. After years of getting nowhere, she heard God say to her that what He was really interested in was her growth, not just her husband’s change of heart.

“This tendency to avoid difficulty is a grave spiritual failing that can and often does keep us in Christian infancy. The great spiri- tual writers warned that this life is difficult and that we should use the difficulty to be built up in our character.”

Now, of course, promising spiritual difficulty doesn’t exactly make marriage sound fun. But perhaps we have the wrong view of marriage. As Poppy explains, we reason: since we love each other, how could marriage be difficult? Or filled with hurt? Or produce heart-breaking disappointment? And yet perhaps it is in this disappointment that God wants to grow us. She says,

What I can promise is that when you invite God to work in the deepest recesses of your heart, you will benefit regardless of what happens to your marriage.

And that’s why the focus of her book is not on changing your husband, but instead on recognizing and learning WHY you both are different, learning to respect those differences, and then honouring them as you interact. Each chapter comes with a section called “What is my part in building the marriage?”, to keep us focus on ourselves, not on our husband’s shortcomings.

You’ve got the mindset change. But it can’t stay there.

And so her book is filled with tools to help you do that. She’s got personality tests so that you can figure out where you differ. She has exercises to work through to better understand your differing backgrounds, your different attitudes towards money or sex, or even your different communication patterns. And she goes on at length to explain the very real gender differences we come face to face with in marriage. Knowing that God created both sexes with their gender-unique qualities, we honor God when we let our husbands live out how they were designed.

And then she has a ton of practical points on how to improve your communication–little things that take very little effort, but can change the whole dynamic of a conversation. Things like: letting the other person talk nonstop for a few minutes, without interrupting, before you then get the floor. Or parroting back what the other person said to show that you understood.

One of the things I really appreciated about the book is that she draws a very clear distinction in several places between accepting personality differences and accepting sin. One we should strive to do. The other we should not. And I appreciate this, because I find too often in Christian circles we’re told that if we just submit as women and do the “right thing”, then God will bring about change in our husbands. If he’s using porn, or if he’s abusing you, submitting is not the right course of action. No ifs, ands, or buts, and Poppy gets this.

But when it isn’t sin, sometimes we do need to just redefine our expectations, for it is expectations that is at the heart of marital disappointment. Here’s one very small vignette from her own life that Poppy shares:

When she married, she believed that part of being a man was checking the doors and windows at night to make sure they were locked. It was the man’s job to keep the family safe, and that’s part of safety. Her husband Jim, on the other hand, had grown up on a farm in Iowa where nothing was ever locked. “If anyone ever breaks in I’ll protect you,” he promised, but that wasn’t good enough for Poppy. Nevertheless, he didn’t see part of being a man as checking the doors.

Poppy then faced a crossroads: she could fume at him, and cry because he didn’t really love her and didn’t care if she was murdered in the night, or she could realize that they simply came from different backgrounds and so had different expectations. She chose the latter. And she also checks the locks on the doors and windows every night herself.

One of the most interesting chapters for me was on Spiritual Mismatch. We often think of this only in terms of Christian/nonChristian, but it’s more than that. What about people who choose to worship differently? What about when one likes praying out loud and one likes praying by themselves, using scripted prayers? What about when someone likes serving and someone else likes nature? They’re all important, but we tend to judge each others’ hearts, and it’s wrong. If your husband has a different way of connecting with God from you, it doesn’t mean that he isn’t a Christian. He just may experience God differently.

But what do you do if your husband says he’s a Christian, but won’t go to church and never talks about God? She addresses that, too.

For any woman who is feeling alone in her marriage, Why Can’t He Be More Like Me doesn’t just diagnose your problem; it also offers practical, biblical solutions to grow closer together not only DESPITE your differences, but actually BECAUSE of them.

I appreciate what Poppy has done with this, and I’m sure you will, too!