Stepping Outside My Bubble and Telling the World About Marriage 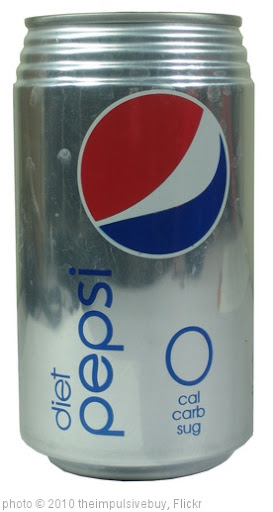 I’m slightly an addict. I make myself wait until 11:30 everyday before I crack one open, and I limit myself to one. But by 10:45 I’m watching the clock.

I know I can live without it because when I’ve been on missions trips that are three weeks long, I’ve gone without. But it doesn’t stop the craving at home.

Why do I drink it? I don’t like coffee (I’ve tried every permutation available), but I love the caffeine. So this is my caffeine delivery method of choice. I know it’s bad for me: both the caffeine and the aspartame are horrendous. And I know one day I’ll have to stop. But for now it’s a short cut to get me what I want: namely energy.

I used that analogy last week in an unlikely place. I was asked at the last moment to be The Huffington Post Live webinar discussing 50 Shades of Divorce–or whether or not reading 50 Shades of Grey is bad for your marriage. They had four guests on–three were apparently pro-50 Shades, and then little ole’ me.

I was quite nervous going into the segment. It’s one thing to talk about all of this stuff on the blog; it’s another thing entirely to go on a huge website and talk LIVE about it, surrounded by people who totally don’t agree with what you’re saying. I said to my kids, “I guess I’m just nervous about looking like a fool,” to which they replied, “You’re a Christian. You’re supposed to look like a fool.” I raised them well.

It turns out that it wasn’t nearly as antagonistic as I feared. The host was very fair, and actually asked me a number of direct questions (and even showed a screenshot of my blog! It turns out that the reason they asked me was because of this post I wrote a while back: Why 50 Shades of Grey is Bad for Your Marriage). And one of the other guests had read it but thought it was gross, and so she wasn’t exactly pro-50 Shades.

The marriage counselor they had on, though, kept saying things like, “isn’t it wonderful how couples are getting different things out of the book? Some love it and some hate it, but they’re communicating! And that’s the main thing. Couples need to find what they’re comfortable with.”

It was kinda wishy washy. I know what she was saying was that communication matters so much, and couples just need to find their own equilibrium. But this idea that there is nothing that is wrong unless you think it is wrong grates on me.

And then I picked up my Diet Pepsi can, and tried to explain my main point.

Okay, I didn’t say it that well. But that was my point.

If you want to see the webinar (it was about 25 minutes long) it’s right here.

Overall, it was a neat experience. I told the producers if they ever needed a counter cultural voice again to call me.

Meanwhile, I received a note through my Facebook Page last week that said this:

I just wanted to send you this message to say THANK-YOU. You’re books and blogs help my marriage in so many ways and my husband and I are already seeing the benefits

I also wanted to add that I am not a religious person and that you have still helped me and my family in many many ways.

I really hope that even non religious and those with opposing religious beliefs, who find themselves in need of advice for their marriage come across your wonderful words of wisdom because although some parts may not be of everyone’s beliefs, I think a true understanding of the sexes needs to be established before any real changes can be made and seen in a marriage and this is something you have given me, and for that I am extremely grateful.

Thank-you so much. I look forward to reading many many more of your books and blog.

That absolutely made my day. I think what I say is timeless, because God’s truth is truth, even if you aren’t religious. I believe God created us, and so what He has to say about the sexes is true. And it should ring true even if you don’t believe in God. Obviously that’s what this woman found.

Those two episodes together have really given me a nudge to think that perhaps I “preach to the choir” too much. That doesn’t mean I’m going to change this blog; not at all. But maybe I need to stop being so scared to step out of my Christian blogging bubble and start writing guest posts on secular sites. Maybe I need to approach the secular media more. My agent’s always saying that, but I’ve been hesitant. But like my kids said, I’m supposed to look like a fool.

But this truth is timeless:

And it needs to get out there.