My Response: What do You Do When You’re "Unequally Yoked"?

On Saturday I post reader questions, and this week’s about being unequally yoked caused quite a doozy of a firestorm in the comments. It said:

My husband and I both came from Christian families, but when we married neither of us was following God. Since our wedding I’ve come back to Jesus, but my husband never has. We go to church, but he gets nothing out of it. I’m almost embarrassed to go with him, because he’s not a strong Christian man like all the other men there. I want so desperately to experience spiritual intimacy with my husband, but I don’t think we ever will. I feel like I’m missing out on a really important part of marriage, and I don’t know what to do. I start to feel like I made a really big mistake. Any suggestions?

The comments are wonderful, and made most of the points that I made myself when I emailed the woman back. But I want to add a few thoughts.

Before I do that, though, I just want to say to women who are in “unequally yoked” marriages: I am so glad you found Christ. That is wonderful that you have now experienced His love! And it’s natural, when we’re first Christians, to want everyone to see things the same way we do. We’re excited; we want our husbands to be excited, too. But we feel like we’re missing out on something.

No one has ever brought their husband to Christ by making them feel inferior.

I have seen this dynamic in several marriages of people that I know: she becomes a Christian and is on fire; he is not. And the two have drifted apart, several to the point of divorce. But from the outside, it does not look like he was the cause. Let me explain.

Let’s say that this had nothing to do with religion. Let’s say that two people married and they really enjoyed steaks. They barbecued, they went out to eat, they loved meat. Then one day she becomes a vegetarian out of conviction. And she is horrified that he wants to continue to eat meat.

Who has really done damage to the marriage here? She has, not him. When they married they both liked steaks. Now she has decided not just that she doesn’t like steaks, but that it’s morally WRONG to eat steaks. And so she is trying to make him feel badly.

If we were to look at this example, we would say that she is in the wrong and she needs to let him be. But when it comes to the topic of Christianity, we change perspective, because we know she is in the “right”. She is the one who is saved, so obviously he needs to change. But in the context of marriage, it is she who has upset the apple cart, not him.

In this email, this woman wanted her husband to change. Personally, I was amazed that he had agreed to come to church with her at all. Think about it from his perspective: he’s been a good husband, and they agreed that religion was not going to be part of their marriage. Then she changed the agreement, and he’s trying to follow along. But you can’t expect him to like it.

So when you’re married to an unbeliever because you became a Christian after your wedding, you just need to be very careful about how you treat your husband, realizing that it is YOU who has upset the marriage, not him. That obviously doesn’t mean that you did something wrong; it is wonderful, after all, to be saved! Nothing compares with that. Just try to see things from his perspective.

Second issue: why isn’t he getting anything out of church?

Commenter Mark made a great point that many men DON’T get much out of church. Sitting still and listening to a sermon, and then singing a bunch of songs, really isn’t a guy thing. But I think it goes even further than that. Here’s a question: why do any of us get something out of church? Hint: it’s not because of US. It’s because the Holy Spirit has shown us truth. Before we’re saved we really can’t understand much about God. But after we are, the Holy Spirit opens up our minds and hearts. So to expect someone who isn’t saved to get something out of church is a tall order. And it also forgets that we ourselves are not the reason that we understand God now; that is simply the work of the Holy Spirit.

So those are my two main attitude warnings. Now, what should a woman in this position actually do? After all, she is lonely. She loves God. She’s excited about God. She desperately wants to share that with her husband. She wants to have what she’s supposed to have: a deeply intimate marriage. She misses that. She’s grieving. That’s why the Bible even calls these relationships “unequally yoked”, because we feel that there’s something not quite right. What should she do to keep intimacy in the marriage?

1. Respect Your Husband as He Is

He still deserves your respect. And the more we respect him and express gratitude for the things that he does do, the more we build goodwill. And we start to think of the good in our husbands again. Lots of people can have very good marriages with spouses who are not Christian. Is it ideal? No. But that doesn’t mean a good marriage isn’t possible. Think of the good that he does do, and make a point to always notice it. Tell him when you do. Don’t dwell on what he ISN’T; look at what he IS.

2. Keep Him Involved in the Family

Resist the temptation to build a life for you and the kids that revolves completely around church. This is a tricky one, because you want your kids to grow up loving God. But your children still need their father, and you need to be a family unit. I don’t know what this would look like exactly, but resist the need to go to absolutely everything at church and have all of your friends at church, leaving your husband behind. 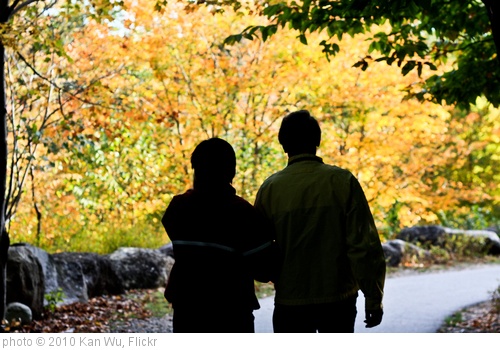 You can teach your children a lot about God yourself. So yes, go to church and Sunday School. But you don’t need to run the Sunday School or take on a bunch of ministries. Your husband still needs you. Go for hikes with your husband. Play board games as a family. Do things all together.

Finally, resist the temptation to think that you are better than he is. I have seen this dynamic happen in several marriages to people that I am close to. She became a Christian; she embraced it wholeheartedly. She started running ministries. Her kids became super involved. And she gave her husband the impression, “I think I’m better than you because I’m tight with God.” And I think she actually thought that. And she thought that him not being a Christian justified her pulling away. After all, she was going towards Christ. What could be wrong with that?

Well, how did he react? In one marriage he withdrew. In the other marriage he reacted in anger. The further away she got, the more he yelled to try to bring her back. He was hurt that the kids were withdrawing, so he’d yell at them, too. This gave her fodder for thinking that he was “less” of a husband, so the cycle got worse and worse until they split up.

I’m not saying his anger was justified. But what if she had simply chosen to respect him and include him in the family? Would things have deteriorated?

With the other marriage, he withdrew, and she said he was an emotionally distant man who didn’t know how to love his kids, so she left him. But looking at both these marriages, it seemed to me that at least initially the husband was acting in the more Christ like manner. He was supporting his wife in going to church, even if he didn’t want to. He wasn’t splitting up the family, though she had changed the dynamic. He was still reaching out to her. But she rejected him, and started this spiral downward.

Love your husband. Pray for your husband. Love your kids. But make sure that your prayers for him don’t solely revolve around him becoming a Christian, because I think that still has this negative dynamic in your head, like he needs to be fixed. And it can easily set up a martyr dynamic, too: you are the longsuffering person putting up with this man. You are the poor person in an “unequally yoked” marriage that everyone feels sorry for, because you’re with someone subpar.

No! He is your husband. Thank God for what you do have. Praise him. Respect him. Love him. And then run to God to fill the holes you still have in your heart.

Being married to a Christian is wonderful, but it doesn’t fix everything. You still have issues. So don’t build it up in your mind. Let Christ become your main source of peace, and then go and love your husband.

If you’re in a slightly different situation, in that your husband is a Christian, but you don’t feel like he’s enough of a spiritual leader, read this!

Now, I’m probably missing a lot because I’m not in this situation. So if you have anything else to add, please leave a comment! And remember that many of these women are really hurting. If anyone has any great encouragement for them, I’m sure they’d love it!