The Pursuit of Cool Leaves One Lonely 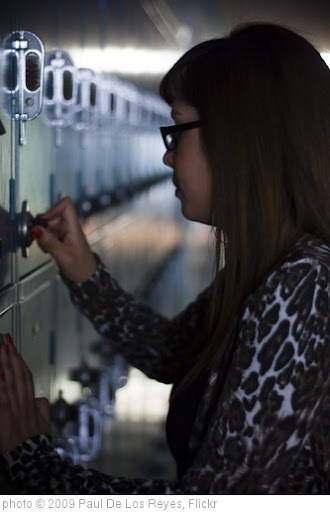 Were you cool in high school? I wasn’t. I didn’t try to run with the popular crowd. I wasn’t interested in dating a ton of guys. I concentrated on school and my part-time jobs and just did my time until university.

But we all knew what “cool” was back then. It was kids who were trying to act older than they actually were, because people who were older had higher status. So kids who did “grown up” things like drink alcohol or sleep around were seen as cool, as long as they were also good-looking and semi-literate.

I was struck by this recently when looking at reviews on Amazon for the OTHER sex books that are out there. As most of you know, I recently wrote The Good Girl’s Guide to Great Sex. And one of the hardest chapters for me to write was the one on what is okay in a Christian marriage and what is not. Those who have been reading this blog for a long time already know my positions on things like sex toys or self-gratification or stretching the boundaries, but it’s still hard to write, because the Bible isn’t crystal clear. So I tried to find the spirit of the law: you do things that increase intimacy, not things that decrease intimacy. And things that stress only the physical side of sex, and never the spiritual connection, can really make our sex lives shallow.

I had thought that this was a fairly universal opinion, but in looking at the other books I was amazed at how many even recommended using erotica to help arousal. And these are Christians! Or how many other authors just simply ignored the whole “spiritual” intimacy aspect and only talked about the physical, because that’s supposed to be so much more sophisticated.

Then I also stumbled across Melissa Jenna’s post on “All The Good Ones Aren’t Taken“, written to single girls about how to attract a great Christian guy. And what she said really resonated with the same sort of thoughts. There’s a lot of pressure among everyone in the church, whether single or married, to have more “sophisticated” views when it comes to sex. Even if we don’t specifically say that premarital sex is okay, we somehow give the impression, “it’s not really so bad. Everyone’s doing it.”

And then all these women start watching Magic Mike or reading erotica because it’s all so grown up and sophisticated.

Okay, it may make you cool. It may make others think that you’re all grown up. And just like those authors found, it may even make you popular. But that’s not the route to true happiness.

Melissa addresses the single women who are falling for this objectification of sex in movies like Magic Mike, and says it’s no wonder they can’t find good Christian men. She explains:

If you allow an unworthy guy to define your value, do you know what your value will be? Zero. Nothing. Less than nothing. Disposable. And that’s exactly how I felt. And when you allow yourself to be treated as if you’re disposable, you begin to believe that you are disposable, so that when you do cross-paths with a really amazing, godly guy, you will not feel worthy of his affection. Not only that, but I’m convinced guys have a sixth-sense about this kind of thing; they can “smell” when a girl doesn’t value herself, and generally, they keep their distance. Like I said, the “good ones” are looking for the real-deal. Are you preparing yourself for that, or are you caught-up in pursuing guys who will ultimately treat you like you’re disposable?

Sophistication looks oh-so cool, but all it really means is that you’ve traded intimacy for what looks like easy popularity. You’ve gone along with the crowd, and you feel more mature and even more empowered, but really you’re heading in exactly the wrong direction. And whenever you find yourself traveling in the same direction as the crowd, chances are you’re involved in sin, not holiness. It’s really quite simple.

And her message, I think, applies to married women, too. If you trade intimacy for sophistication, which is what our culture is always trying to get us to do, you’re going to lose out on what is most precious.

Yes, the physical side of sex is amazing, and yes, God made it to feel wonderful. Yes, we have incredible freedom in Christ. But as I’ve said so many times before, true intimacy doesn’t need latex and batteries. It doesn’t need pornography. It doesn’t need you to get aroused first by looking at something “sexy”. True intimacy focuses on your lover, not on something external. And that doesn’t mean that we’re sacrificing pleasure, either! In fact, the women who are most likely to reach orgasm are religious women who are married, the very ones least likely to do all of these things. It’s the relationship that makes the physical feel even better.

So if you’re single, don’t sell yourself short. The great guys are looking for the real deal; trying to be more “cool” or “sophisticated” isn’t the real deal. And if you’re married, don’t buy the lie that you’re somehow not enough, and you need all these extras. You don’t. I didn’t think this was controversial in Christian circles, but I guess it is, so let me say it loudly and clearly again: God made sex to be a beautifully intimate experience physically, and emotionally, and spiritually. If you neglect one, the others will never be as great.