My Jesus Does Stuff 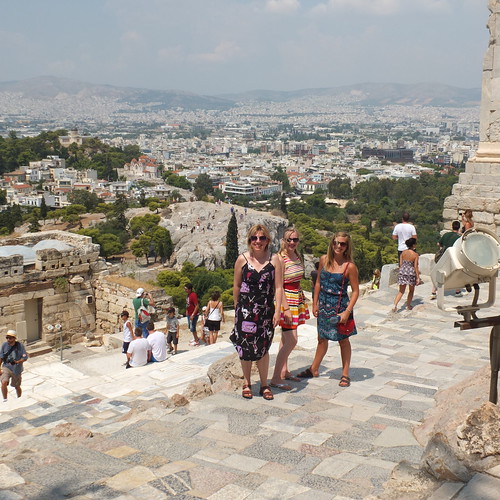 Last month my family and I ventured to Europe, to see the sites of Rome, and Florence, and Greece, and some others. It was tremendously fun, very educational, and extremely hot. 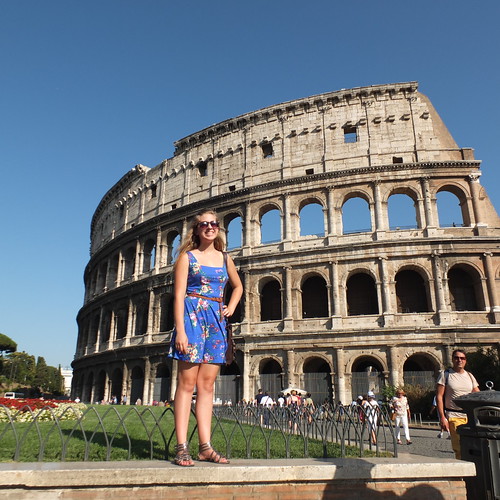 But one day, after my husband had I had toured the Renaissance art gallery in Florence (the Uffizi), I was struck by a rather melancholy feeling.

I couldn’t really put my finger on it until the next day, when we visited another church and looked at all the breathtaking artwork. In Italy, I never saw Jesus do anything.

Jesus was everywhere–though perhaps Mary was in slightly more paintings. But everywhere that Jesus was, He wasn’t doing anything. He was either a baby, or else He was dead. Now, I’m not trying to say that dying on the cross wasn’t important, but more often than not He wasn’t even depicted on the cross; He was off the cross, with his bleeding head cradled in some women’s arms. So he’s a baby, or He’s weak, helpless, and dead.

I found the artwork beautiful, and the cathedrals stunning, but I can’t say that I had very many profoundly religious experiences, because I didn’t really sense the Jesus that I know. Rarely did I see Jesus feeding the five thousand, or talking to the woman caught in adultery or the woman at the well, or pulling little children to His lap, or making a whip out of cords, or even rising from the dead! No pictures of empty tombs here.

In the Sistine Chapel there were some paintings of other scenes from Jesus’ life, but in all, His death and his baby-hood took the pre-eminence, as if there was nothing between and nothing afterwards. And I thought to myself, that’s a very hard Jesus to relate to. You know that He suffers, and you know that He was human, but that’s really it. You can’t get a sense of His personality, or His very real-ness. He seems almost impotent.

In contrast, the saints were always doing stuff–slaying dragons, or writing letters, or debating. The apostles were, too. Even the women in Jesus’ life seemed to take the initiative and do something. But not Jesus.

Do we really believe that God does stuff, even today? Do we really believe that He can make a difference in our lives, or are we trying to follow a God who we know about through the Bible, but that’s really as far as it goes. We haven’t experienced Him. That was the overwhelming feeling I got in those cathedrals: they knew about Jesus, but I didn’t see Jesus being an active part of anyone’s life.

We’re in the middle of Revive Your Marriage month, where I’m joining three other bloggy friends to talk about how to make your marriage stronger. And this week we’re talking about prayer.

We’ve had some hard posts lately on this blog, and I was quite moved by many of the stories in this post about how submission doesn’t mean you put up with abuse. So many women testified about how God did provide, and God did show up, and God did rescue them and show them that He is real. I love those stories!

But how do we experience that in our own lives–especially if our situations aren’t as dire? I know that I have felt God the most in my life during the very tough times, and with today being the sixteenth anniversary of my son’s death, I’m taken back to how much I did feel God carrying me. But what about the times that aren’t as tough, but are still difficult? Just the day to day of life, living with someone that you don’t always see eye to eye with. Living a life that didn’t turn out as you hoped? There’s nothing earth-shatteringly wrong, it just doesn’t feel as right as you were expecting. Can you feel God then?

I don’t have all the answers, but I do have some thoughts. I’ll share them, and then please chime in in the comments and tell us how you’ve worked this through in your own life!

1. It Starts by Recognizing Who is God and Who Is Not

That may sound strange, but I think it’s very hard to feel and experience God when we approach Him feeling as if we know how life should be. When we set the agenda–God, you need to do this! If you would just do X, Y and Z everything would be so much better!–we’re not being humble before God. We’re saying we know best.

If you’re going to feel God, you have to approach Him saying, “I really don’t know how things should go. I want you to take control. I want to give you control, even if that’s scary.”

And that’s not a cop out, either. I get kind of tired of prayers that go, “Lord, if it is your will, let X, Y and Z happen, because that just seems obvious to me.” We throw in the “if it is your will” so that if it doesn’t happen, we can say, “well, it’s not my fault. It’s not that I didn’t pray enough. It’s God’s will.”

Yes, but we’re still focused on what we think God should do. I think a better prayer isn’t so much about specific actions God should take as it is about the qualities that we want to see in people afterwards. So rather than pray, “God, teach my husband how to show me love by helping him to see that I need him to talk to me at night, and not sit in front of the TV all the time,” you can pray, “God, make my husband into a man who seeks you first, and then shows your love to others. Let him experience your love in a powerful way, and let that spill over into all aspects of his life.”

In other words, you’re not focused on what you want your husband to do; you’re focused on praying what you know IS God’s will for your husband’s life: that he become more Christ-like. I think that when we focus our prayers for ourselves and for others onto seeing Christ’s characters flow out, those prayers will be more powerful. And they change our hearts, too.

3. Keep Your Focus on Him

Finally, remember that God is enough. When we make God enough, and find our worth and peace in Him, and not in our kids and our husbands, we’re actually freed up to enjoy our families far more than when we’re always finding they fall short. Focus first and foremost on God, rather than on what God can do for you, and you’ll find that you experience Him much more powerfully.

That’s what I’ve come up with, but I don’t know if those are necessarily satisfactory answers for everyone. What do you do when you just need to feel God, and you don’t? When you really do need a certain outcome? How do you cope in prayer? Let’s talk honestly about it in the comments, and help each other!

Tags: husbands and dads, peace, prayer, praying for your husband