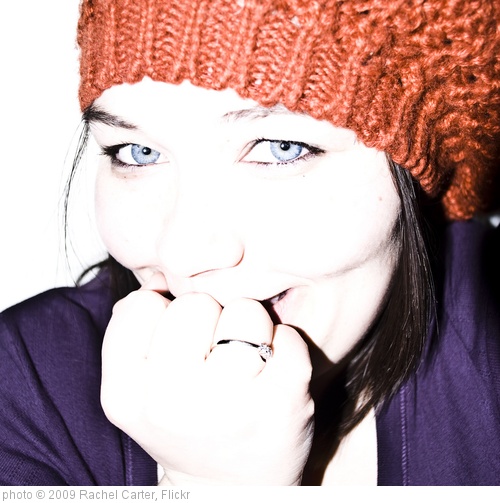 Today’s post is a guest post from Marsha Rozalski, author of Godly Whispers: A 90-Day Devotional to Help You Recover from Your Spouse’s Affair

“People with integrity walk safely, but those who follow crooked paths will slip and fall.”
(Proverbs 10:9, NLT)

Last year I had a Christian woman tell me she found her “soul mate.” I was more than intrigued since I knew she’d been married over 20 years. There were warning bells going off and I felt my stomach drop as she told me her story. I knew she was falling into an emotional affair and she was heading down a very slippery slope that never has a happy ending.

Her church hired a new choir director and, as all affairs do, it started out very innocently. He would compliment her on her voice, giving her praise and attention every practice. His words stirred up feelings inside her of loneliness and longing for affection. Feelings she didn’t even realize she had. If she’d only realized she was feeling lonely and ignored by her husband she could have talked with him about her feelings. But instead of turning to her husband, she turned to the new choir director.

She started staying behind after everyone left so she could talk with him. Over these “chats” he told her his marriage was not doing well and she in turn did the same. Before either of them realized it, feelings of attraction started stirring in their hearts. She told me how much she enjoyed their chats, that he understood her and that they had a “real” connection. She then told me she just knew he was meant to be her true “soul mate.”

This “soul mate” idea can do a lot of damage. When you pledge yourself before God to someone in marriage, you become soul mates.

“A man leaves his father and mother and is joined to his wife, and the two are united into one.’ Since they are no longer two but one, let no one split apart what God has joined together.”
(Mark 10:7-9, NLT)

Christians seem more likely to get mixed up in emotional affairs. They feel it isn’t sin if there’s no touching involved. An affair is not defined by whether you have sex with the other person, but rather the secrecy involved and the fact that a spouse is being betrayed. Think about it: would you be hurt if your spouse had a “secret friend” that he or she shared their deepest secrets with that you knew nothing about?

Years ago, I remember a woman that started an emotional affair with another man she felt she had more in common with than her own husband. I guess the children they shared didn’t count. She became so entangled with this man that she left her husband for him. They didn’t last a year. Today she’s alone and the children are shuffled between both of them. Many times we find ourselves suffering from the “greener grass syndrome.”

We need to learn to be very honest with ourselves and God. Even thinking about and wanting to have an affair is sin.

“‘Don’t go to bed with another’s spouse.’ But don’t think you’ve preserved your virtue simply by staying out of bed. Your heart can be corrupted by lust even quicker than your body. Those leering looks you think nobody notices—they also corrupt.”
Matthew 5:28 (The Message)

Know this; an emotional affair is only the beginning of a physical affair.

This issue isn’t only for those who are married. I’ve known singles–both men and women–who struggled with falling for someone who’s married. We must all learn to guard our hearts against developing inappropriate friendships with the opposite sex. If you’re in a “friendship” with someone of the opposite sex that isn’t appropriate, I strongly urge you to end it now. You must stop feeding this addiction and run away from this sin. Do everything possible to make this happen including changing your email address, phone numbers and daily routines.

Always guard your heart and avoid inappropriate friendships with those of the opposite sex. Never speak of your marital problems or personal issues with someone of the opposite sex, save that for your same sex friends or a counselor. Have someone keep you accountable and ask how you are doing every now and then with your friendships. If you are married, take the time and effort to invest in your marriage. After all, your husband is your only true soul mate.

Also here are a couple of articles I have written on emotional affairs that may help you, too: