Wifey Wednesday: Submission Doesn’t Mean Lying Down and Taking It

It’s Wednesday, the day when we talk marriage! I introduce a topic, and then you all can comment or link up your own marriage post at the bottom. Today I want to tackle a sensitive topic: Debi Pearl, wife abuse, and teaching about submission.

Before we tackle the thorny issue of wife abuse in a Christian marriage, I want to tell you a story that illustrates what I think is dangerous theology.

When I was 16 years old I participated in a summer missions team to the Philippines, where we built a kindergarten. Twenty-five or so teenagers along with six adult leaders. I had a wonderful time bonding with teammates, but I chafed at the leaders throughout all eight weeks. I just didn’t agree with their philosophy.

They were intent on making things hard for us so that we would be taught a lesson, even when there was no reason to. When we were mixing the cement, we had a delivery of two truckloads: one of rocks, and one of sand, to mix into gravel. The delivery men offered to make two different piles, but our team leader asked them to put them together, so that we would learn patience and submission by picking the rocks out of the sand. We could have been finished earlier, and spent more time witnessing or meeting the local congregation had he not done that. But he was determined that we should learn about suffering.

The theme during our Bible devotions was “The Way Up is Down”. We studied how Old Testament saints suffered in order to find favour with God. They taught that all summer, and I rebelled all summer.

If we deliberately seek out suffering just so that we can be extra holy we miss out on opportunities to actually serve and glorify God.

And shouldn’t glorifying God be our main purpose?

And so let’s turn to something which, as a marriage blogger, I must comment on. I know some of my readers respect and revere Michael and Debi Pearl’s book, To Train Up a Child, which advocates strong use of what I would term extreme corporal punishment. Several children have been killed when their parents took the advice in this book to the extreme.

But Debi Pearl has also written a book called “Created to Be His Helpmeet”. Mrs. Pearl believes that women should radically submit to their husbands as the head of the house, putting up even with affairs and abuse “without words”. She recounts in her book a letter she received from a woman who was obviously being abused by her husband. This pregnant woman asks, “What should I do when he comes after me with a knife?” Mrs. Pearl replies: be submissive. “Avoid provoking him.” (UPDATE: for actual quotations about this incident, just read through the comments section of this post).

Hold on a second here.

Do you remember in Philippians 2, when Paul writes of Jesus:

In your relationships with one another, have the same mindset as Christ Jesus:

Who, being in very nature God,
did not consider equality with God something to be used to his own advantage;
7 rather, he made himself nothing
by taking the very nature of a servant,
being made in human likeness.
And being found in appearance as a man,
he humbled himself
by becoming obedient to death —
even death on a cross!

What if there’s a different way to look at that passage?

The passage does not say “have the same actions as Jesus”. It says, “Have the same mindset“. It’s about your thoughts, your goals, and your attitudes. Here’s what I think was going on, and it can be summed up like this:

What was His motivation? To do God’s will and bring people to Him.

What was His action? He humbled Himself and became obedient unto death.

And what was the result? People were reconciled to God.

Yet let’s take this same framework and look at other areas of Jesus’ life:

Motivation: To do God’s will and bring people to Him

Action: Rebuking and Yelling at the Pharisees

Or how about this one?

Motivation: To do God’s will and bring people to Him

Action: Making a Whip out of Cords and Clearing the Temple 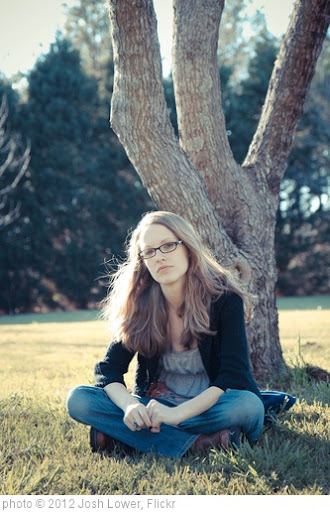 Paul did the same thing. Sometimes he lay down and let people insult him. Other times he stood up for his rights, appealing all the way to Caesar. He didn’t just “lie there and take it”; he demanded his right to speak the gospel, because that is what circumstances demanded if God’s will to see the gospel spread and people come to know Him was to be accomplished.

Writers like Debi Pearl, and missions organizations like the one I was involved in, love talking about how we are refined through suffering.

But there is nothing magical about lying down and being abused.

There is nothing inherently beautiful about being walked all over or treated horribly. Yes, Jesus was treated horribly, but He was treated horribly for a purpose. You cannot take one without the other. Does God ask us to submit? Yes. Does God ask us to be abused, used, and discarded? Rarely. There may be times when we have to be treated that way–I think of the believers in some parts of the world who are truly persecuted, for instance. But there is nothing inherently righteous about being treated awfully. In fact, this can become a stumbling block just like any other.

Did you catch that last one?

Sometimes by lying down and taking it, by putting up with abuse, by allowing marital rape or extreme verbal abuse we actually do the exact opposite of what Jesus tried to do.

What is God’s primary vehicle for pointing people to Him? He made it quite clear in Galatians 6:

Do not be deceived; a man reaps what he sows.

If you are preventing your husband from reaping what he sows by allowing him to abuse you with no consequences, then you are putting a stumbling block for God working in your husband’s life.

If your husband is engaged in serious sin, and you put up with it and do not bring in a Christian mentor or an elder as we are instructed to do in Matthew 18, then you are also enabling your husband to grow further and further away from God.

This does not mean that God cannot occasionally work in these situations. I can just hear the replies now–“but I put up with my husband’s drinking and my husband’s affairs for 15 years, and one day God got a hold of my husband and completely turned him around!” Yes, God can do that. But I believe that God did that DESPITE you allowing him to perpetuate sin, not BECAUSE you allowed him to perpetuate sin. And by putting up with wife abuse in a Christian marriage, we let ourselves off the hook, too. We don’t have the responsibility to try to deal with our problems, because we’re supposed to “take it and let God”. We don’t have to wrestle with what we should do. We don’t have the hard questions. We have an easy blueprint for life–squash your own feelings and let others take advantage–and we’re set. And what if God has gifted you as a teacher? Or as an administrator? What if God has great plans for you? Doesn’t matter. You’re supposed to commit yourself totally to your husband, even if that means that he hurts you and drags you down. That doesn’t sound like a God of love to me.

When Paul thought someone was in error, he told him. He went right up to Peter’s face and told him that he was being hypocritical in regards to how Peter was treating Gentiles.

I am not saying that we should make ourselves annoying, or that we should harp on our husband’s every fault. I am also not saying that we shouldn’t be submissive. But there is still a stream in Christian thinking that says, “you are holier when you suffer.” I don’t believe it. I believe that God is with those who suffer, and that God uses suffering. But there is nothing inherently holy about suffering. What is holy is when we pray, submit ourselves to God, and discern what His will is.

When we ask God what we should do, and what His purposes are for this situation, and we align ourselves with His purposes, then God works best.

I know this is tricky in real life, because we do need to work out what things to just let slide in a marriage. Depending on the comments, this may warrant a follow-up post on how to do that.

But in this post, the main thing I want to stress is please, please, ladies, don’t allow false teaching to tell you that it’s okay if a man beats you, or runs at you with a kitchen knife, or hurts your children. Don’t allow someone else to tell you that you just need to work on being “better”, on being “more Christian”, so that you can win your husband without words. Wife abuse never belongs in a marriage, let alone a Christian marriage. Ask yourself this question instead,

Am I enabling sin? Am I pointing my husband to God, or away from God? Am I honouring God, my husband, and my children by allowing him to treat me like this, or am I hurting us all?

And if you can’t honestly answer that you’re honouring God, then reconsider your actions. Your purpose should always be to follow God’s will, bring Him glory, and bring others closer to Him. How that works out in our everyday lives will differ from situation to situation. But there is nothing inherently holy about wife abuse, and none of us should think we get special badges for putting up with it.

Do you have any marriage advice for us today? Just leave the URL of your post in the linky below! And make sure to link back here so that other people can read these great marriage posts, too!

Leave a Reply to Carrie B Cancel reply