Too Many Children Live in Chaos 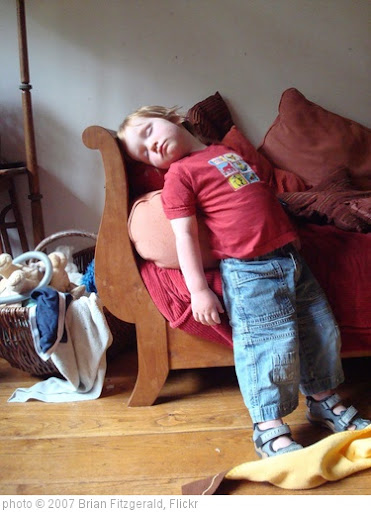 I felt horribly guilty as soon as the thought entered my brain, because no one deserves to be shot just because they’re at a movie at midnight. We should live in a society where we aren’t shot just because we’re out late. And the only one to blame that this child is dead is the shooter (whom I will not glorify by mentioning his name), not the mom. I do not believe that the mom is any more to blame for her daughter dying than the parents of the Columbine students are to blame for their kids dying. We should have an expectation that we are free from homicidal maniacs when we go about regular life.

Nevertheless, until that news story it didn’t really occur to me that people actually do take 6-year-olds to movie theatres to watch violent adult movies at midnight. (And while I’m writing this soon after the event, I’m going to schedule it for later because I don’t want to rub salt in wounds, and to me the issue really isn’t the shooting; it’s the movies. I so wish that the news story instead had been: “Theatre gives out a new car to a random twelve people at the midnight premiere, one of whom was a 6-year-old girl”, so we could be discussing this in a different context–and, of course, because then there wouldn’t have been a shooting).

All of this reminds me of a trip my teenaged daughters and I took to Toronto last month, where we stopped off at McDonald’s at 10:30 at night before heading home. I had been delivering one of my Girl Talk events at a Scarborough Church, and we headed into a McDonald’s in a rather sketchy part of town. As soon as we stepped into the restaurant I could tell something was strange, but it didn’t occur to me what it was until my oldest daughter whispered, “what’s with all the strollers?” And sure enough, every second person in that McDonald’s had a child under five with them. At 10:30 at night. What is going on?

I have a friend who is a foster parent, and one of the hardest parts of adjustment that many kids have to care is schedules. So many of them do not have bedtimes. They don’t have naptimes, or mealtimes, or just about any kind of a schedule. And once they’re on a schedule, their behaviour calms down, they become happier, and much more obedient. Kids like structure.

On the whole, it is as if our culture has forgotten what is child-appropriate. I don’t think it’s ever appropriate for a 6-year-old to be at a movie at midnight, even if it were Finding Nemo or something. A 6-year-old should be sleeping. Even on their birthday! You can make a big deal out of a child during regular waking hours. I remember as a child what a big deal it was to be allowed to stay up an hour past my bedtime. My mother kept a very good eye on the clock, and bedtime was bedtime. Perhaps it was because she was a single mother and really needed to guard her own time, or perhaps she was just a good mom. But when it was time for bed, I went.

And in general, I didn’t mind, because when I was tired I wanted to sleep. I think that’s true for most of us. It really isn’t that fun to be up when you’re tired. You get grumpy. You whine. You find every little thing bothers you. And I think this is just as true for little kids (and don’t we all know little children who have meltdowns when they’re tired).

But children also need to be protected, and taking them to adult movies isn’t protecting them.

I think that as people’s lives have become more chaotic, it has become harder to create a protective environment for kids. When adults don’t have structure in their own relationships, it’s hard to give children structure in their day to day lives. And then it becomes easier and easier to bend the boundaries and say, “there really is nothing sacred about being a child. A child can see anything an adult can see.”

Personally, I believe proper sheltering is a good thing. We should teach kids life skills and independence and responsibility, but we shouldn’t expose them to evil or sex when they’re children. That’s why they’re kids!

But I don’t think we’re going to get back to stable parenting with structure until we also get back to a stable family. Half of all births to women under 30 are now to single mothers. That’s a problem. That’s not to say that single moms can’t do a good job–mine sure did–but it’s not good for society as a whole. And it will lead to more chaos.

So what do you think? Do you find children are up later than they were when you were a kid? And what can we do about it?