Katie Holmes, Tom Cruise, and What They Tell Us About Marriage 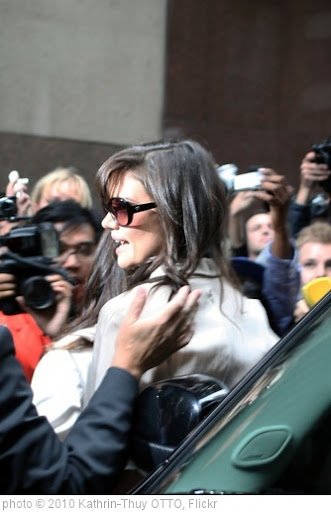 To no one’s surprise, Tom Cruise and Katie Holmes are apparently divorcing. Katie wants full custody of their 6-year-old daughter Suri. I don’t blame her.

It sounds like one of the sticky points in their marriage was Cruise’s weird obsession with Scientology, a cult that teaches that we all have untapped potentials, since we aren’t actually of this earth–we’re descended from a race of Thetans. And it gets weirder from there.

Scientologists don’t believe in original sin–or in sin at all. And so their approach to parenting is very strange. No discipline. No rules. The key is to let the child make all decisions for himself/herself. And it seems, from news reports, that this is how Suri was being raised. She has a $3.2 million wardrobe. She had high heeled shoes specially made for her since she was three. She frequently has meltdowns in public.

Katie Holmes was raised in a Catholic, regular home. I obviously don’t know her, but my gut would tell me that she just wants to raise her child normally. She doesn’t want to create a brat. And so she’s suing for custody.

Will she win? I don’t know. Tom Cruise will have all his own resources, and all of Scientology’s, on his side. But here’s where things get tricky.

I don’t actually know that legally she SHOULD win. Do I think Scientology is weird, horrible, and dangerous? Yep. But consider this scenario. A woman is married and has several children. And one day, out of the blue, her husband announces that he’s gay and he doesn’t want to be married anymore. So they divorce. But he’s now suing for custody because his children will be raised as Christians if they stay with their mother, and Christianity believes that homosexuality is wrong. So his wife’s religion is damaging to his relationship with his child.

Do you see the slippery slope here? Courts aren’t allowed to distinguish between “weird” religions and “good” religions, so I don’t know what will happen. If courts start to recognize that parents have a right to demand that their child not be raised in a certain religion, what’s to stop that being used against Christians? Hopefully they’ll find for Katie Holmes based on child psychology–kids need to be treated as kids, not as adults–rather than religion, but even that is problematic because how is a court to determine the best parenting techniques? 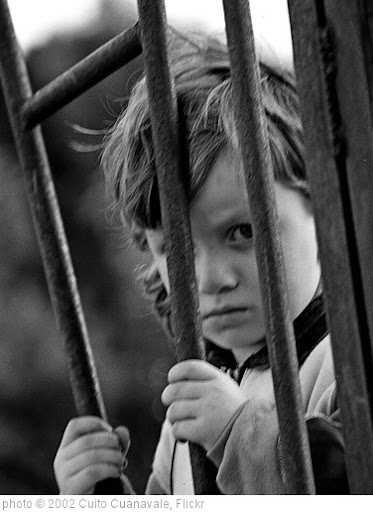 The truth is there is no easy answer here. My heart goes out to her, and I sure hope she gets custody, but the whole thing is one big mess.

Which brings me to what I really want to talk about today.

I receive a lot of emails from readers in marital quandaries. Some are easier to deal with than others. But the ones that are especially hard are where she is a Christian and he is not. What do you do, for instance, if you’re a Christian, but your husband isn’t, and he’s using porn? Or he enjoys looking, but not touching, other women. Or he’s going to strip clubs. Or he’s pleasuring himself rather than pleasuring you? These are horrible things in a marriage, but the problem is that while it’s easy to explain to a Christian why they’re wrong, how do you find common ground if he’s not a Christian?

Outside of prayer, working on your friendship and building goodwill, and then working on communication to establish that common ground, I don’t think there’s much you can do.

Which is why, ladies, if there’s one thing I’m absolutely adamant about, it’s this: Be very, very careful who you marry. I know for most of us reading this blog, we’ve already walked down that aisle. But many engaged people read this, too. And even if you are married, spread the word: WHO you marry is the most important decision, short of salvation, that you will make on this earth. And while you may feel giddily in love with this guy now, if you do not share a faith, chances are you are going to end up hurting in the end. That is not to say such a marriage can’t work; but given what I’ve read in emails, I would never, ever chance it. There’s a reason that the Bible says “don’t be unequally yoked“.

Of course, my mother married a Christian man who actually ran the Christian group on campus who later abandoned his faith. Other women have gotten married and only later converted to Christianity, while their husbands still haven’t. Things happen after we tie the knot, too. Nevertheless, for the best chance of success, marry someone you share a faith with. Please.

Reading all the emails that come my way is so sad. I spend time praying over each one, but it is draining. And over and over again, the thought that comes back to me is “this would have been avoidable if she had only married someone she could pray with”. If you can’t pray with him, don’t marry him. Really.

Perhaps that sounds harsh, but coming from one who reads of all the crises in marriage, I have to say that so often this is the cause. Two people are married but only one really believes in God’s plan for marriage. And it’s very, very difficult to make a marriage work in that situation. It’s not impossible, and it’s still incumbent upon us to try, but it’s hard. And heartache often follows.

So please be careful! And spread the word to those who aren’t married yet: Don’t end up like Katie Holmes, whose child’s future will soon be entirely in the hands of the courts.