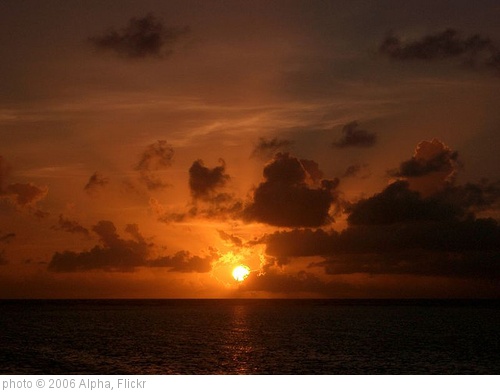 Every Friday my syndicated column appears in a bunch of newspapers in southeastern Ontario and Saskatchewan. This week’s in Ontario actually had to do with a local issue: they’re thinking of putting a wind turbine farm in Prince Edward County, right where millions of birds pass by to migrate. As a new bird watcher who spent last Sunday there, I was appalled and wrote about it. But I thought I’d throw out an older column that’s more generic for you all today!

A while ago I read a story about a man who was convicted of molesting a seven-year-old girl. At the sentencing, the judge, who was suitably outraged, accused the defendant of “ruining this girl’s life”. I appreciate the emotion. I’m not sure I agree with the stance.

This little girl is starting her life with huge strikes against her. She is going to have to fight hard to have healthy relationships, to form good attachments, even to feel good about herself. Her life will not be easy. But that is not the same thing as saying that it is ruined. Too often, I think, we look at people and see only the strikes against them, rather than the potential inside them.

But how do we encourage that potential? Some people are going to have much easier lives than others do, and we have two possible approaches to this disparity. We can sympathize and demand that society fix this injustice, or we can encourage and teach people to help themselves.

Perhaps these two approaches don’t have to be mutually exclusive, but I’ve found that those who favour the sympathy approach often find the latter approach—trying to help people help themselves—somehow offensive, as if asking people to help themselves is judgmental. If someone is badly off, then it’s up to everybody else to fix it.

That may sound noble, but I don’t think it actually is, because nobody can determine the outcome of someone’s life for them. I am not saying that society should not play a part in helping people succeed; only that ultimately success is something you have to grab for yourself. Success is an internal, not an external, quality, bred from a sense of accomplishment. It is making the right moral choices, making responsible and mature decisions, and attaining a sense of purpose in our lives. Even if others help us, we have to do some of this work ourselves.

And if effort is necessary to success, then the most compassionate thing you can do for someone is to encourage them to make that effort, not steer them clear of their own responsibility. When we try to excuse people of very necessary work because we’re trying to preserve our sense that life can and should be fair, we’re thinking of ourselves, not them. But let’s remember that if their lives remain awful, we’re not the ones who suffer. They are. Intentions count for much less, it seems to me, than results.

Of course life isn’t fair. Some people will have to work four times as hard to accomplish anything in life than others will. I know single moms who have gone back to school at night to get that education they wished they had pursued when they were younger so that they can build a stable and better life for their children. Was it easy? No. Was it fair? No. Often the fathers of these children were living in relative luxury. But it still had to be done, and nobody could do it for these moms except themselves.

That’s why I believe teaching and mentoring and giving people the tools they need to improve their own lives is the mark of true charity. We won’t all be rich and life will not always be fair or easy or smooth. But I think knowing that all of us—regardless of our backgrounds, the hurt done to us, or the betrayal or abuse we have suffered—hold the keys to our future is hopeful, not judgmental. I would rather be told that my future is limitless and up to me, than to be told over and over again that my life is ruined and this isn’t fair. Wouldn’t you?