Mothering on a Weak Stomach 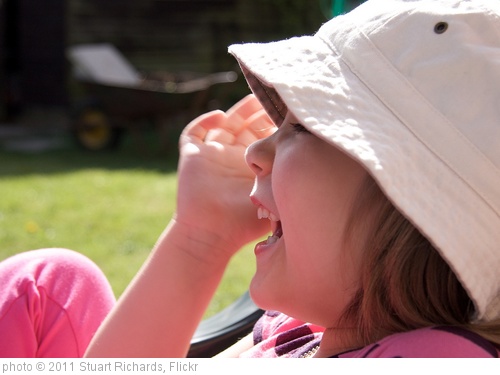 Every Friday my column appears in a number of newspapers around the country. This week’s actually is a shortened version of Monday’s blog post on parenting, so I thought that I’d run a Mother’s Day column from a few years ago instead in this space!

I have often marvelled at the fact that my youngest daughter is so healthy. At first I chalked it up to homeschooling, since we shelter her from germ factories. But thanks to Austrian lung specialist Dr. Friedrich Bischinger, I now have the real answer. It turns out that picking your nose and eating it boosts the immunity.

This is one of those things that, as a parent, you would rather not know. And as I was pondering this piece of research, a few questions occurred to me. Does Bischinger have nothing better to do with his time than worry about nose picking? Perhaps he should come do a shift or two at Canadian hospitals and fill in for some of the overworked internists here.

Even more importantly, how does one measure this particular experiment? You have to compare the pick-and-swallow kids with something. Do you arrange for a group of pick-and-stick-it-on-the-side-of-Grandma’s-couch? Or a group of non-pickers? In our family the question may be moot anyway because we have actually cured my youngest of this habit, at least in public. According to Bischinger, of course, we should just let her rip. Somehow I just don’t think I can find the stomach for it.

Stomach fortitude, though, is something I have discovered in a whole new way since becoming a mom. Grown women venture out with other grown women, only to find the conversation turning to the consistency of toddlers’ fecal matter. Two or three years earlier many of us wouldn’t even admit we had fecal matter. Kids, of course, don’t share our squeamishness. They know body functions are taboo, but these still cause gales of laughter. They are the source of the most outrageous insults and humour they can imagine. (Typical joke told by a four-year-old: “Knock knock.” “Who’s there?” “Fart!”, followed by everyone collapsing on the floor laughing). Recently, when our family was considering renting a particular movie, I refused since it had swearing in it. Rebecca, our oldest, leaned over to her younger sister and whispered, “that means it has bum words.”

The odd thing is that children have no concept of what actually is distasteful. They think nothing of barging in to the bathroom at that particular moment when you really want privacy, but should they see you and your spouse kissing, well, the screams you hear are enough to think we had been the ones nose-picking.

Meal times are perhaps the worst for these expressions of disgust. I actually enjoy cooking, but my meals usually have vegetables and meat—I know this will be hard to believe—mixed together. This is a major faux pas in my children’s eyes, and worthy of several choruses of “eeeewwwws!”. If everything is not confined to its own hemispheres on the plate, it’s not worthy. And don’t even get me started on sauces.

Yet I am not the only source of squeamish stomachs in our family. My daughters cause plenty of nausea, too. One of them, who has never met a sauce she likes, thinks nothing of picking up the gum she stuck on her dresser before dinner to finish it afterwards (we’re working on curing her of that, too). And why is it so hard to get kids to remember to flush the toilet?

It seems that motherhood is an inauguration into new challenges for the stomach-challenged, which is probably why it begins as it does. When I was pregnant with Rebecca the only thing I thought of, for the first five months, was food. I dreamed about food. I daydreamed about food. The only thing I didn’t do was eat food. I was so nauseous that every waking minute was dedicated to trying to picture some food that would stay down—an apple? A hard boiled egg? Definitely nothing with sauce.

One day I will have the bathroom to myself, I will be able to kiss my husband whenever I want, eat whatever I want, and ignore the consistency of everybody’s toilet habits. I think I’ll miss these days. And that’s why I still cherish the mushy kisses and mushy cereal I’m presented with every Mother’s Day morning. I hope you all had a wonderful day Sunday, too.

Don’t miss a Reality Check! Sign up to receive it free in your inbox every week.