Stay at Home Moms "Don’t Work a Day in their Lives". Really? 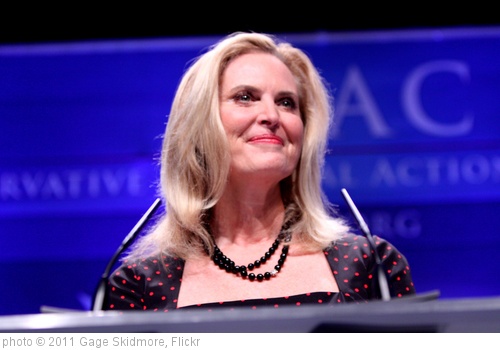 Last night, on CNN, Democratic spokesperson and strategist Hilary Rosen announced that Ann Romney had “never worked a day in her life.”

Now, I don’t want to get all political in this post, but what floored me is that someone who is actually paid as a political strategist could not realize what an abominably stupid thing this was to say.

The fact that she felt that she could say this without repercussions (she has since had to apologize, and Democrats are scrambling to try to distance themselves from her) shows that to a large proportion of people, that statement is obviously true in on its face. People honestly believe this stuff. 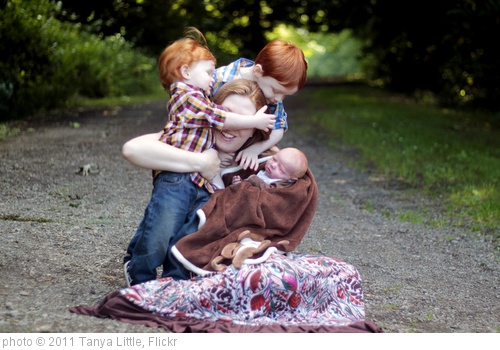 I have worked outside the home before I had kids, and let me tell you: I loved my jobs. They were fun to go to. I loved talking to people there. I loved what I did. I loved the challenges that I could set for myself. Working can be fun.

Staying at home can be, too, but it’s also so incredibly exhausting. Now, I do believe that working nine hours a day and then coming home and trying to make dinner and get everyone into bed is also exhausting. But it’s a different kind of exhausting. There is something uniquely exhausting about never, ever getting a break from a busy 2-year-old.

I’d like to see Hilary Rosen try to get through just one day with five small boys.

But more than that, what does Hilary Rosen think Ann Romney should have done? Mitt Romney was making a good living. Does Hilary think that Ann should have worked nonetheless, because that’s what “real” women do? So we should work, even when we don’t need the income? That if we stay home with our kids, we somehow “betray the sisterhood” or something?

In polls of what childcare arrangement people think is best for the child, a parent caring for the child always exceeds all others by far. We all know that parent care is the best care, unless you’ve got a really sketchy parent. So what Hilary Rosen is really saying is that even though parental care is best, and even though the child would do best if the mom were at home, and even though in this particular case Ann Romney didn’t need the income from a job that she would have, she should still work. So children’s welfare comes way down the list of priorities.

Look, I know some moms need to work outside the home. But in survey after survey, the majority of working moms say that they would be home if they could–or they would at least prefer to work part-time. We know that it’s a tension. We know that kids need us. And that’s the big reason I decided to stay at home.

And yet, there seems to still be a significant segment of society who doesn’t even see that accusing Ann Romney of “not working a day in her life” isn’t profoundly dumb. It’s like she’s insulated from the vast majority of women who understand this tension and experience it everyday.

This kind of thinking drives me nuts, because it shows that some people have no respect for the work involved in raising kids well. When I was first home with my babies, my husband was doing his residency in pediatrics, and at social functions I used to talk with the female residents who had kids (all of whom had hired nannies). And one woman complained to me that her nanny never washed the floors and refused to get dinner ready and wouldn’t do the ironing. She said she was too busy with the kids.

And I thought: I’m home all day with my kids and I don’t get the ironing done and it’s hard for me to get dinner on the table, too. This woman eventually hired a new nanny who did all of those things. But I’m pretty sure the kids just got ignored.

I used to take my children to the library every week for a big outing. And today I have raised teenagers who love to read. We used to go for walks in the park. We used to visit the museum on free Tuesday mornings. We played. We sang songs. We went to play group. They had an incredibly happy childhood, and they learned so much. But it was work, and I was always trying to squeeze in cleaning and cooking. It wasn’t easy. I deliberately added things to my life so that the stay at home mom blues were kept at bay, but it was tough.

People who think it’s easy have prioritized the cleaning over the kids, in my opinion. Sure, you can have a perfect house and perfect meals, but sometimes you have to let some of that go so you can go build a snowman with the children, instead of making them watch videos or play quietly so you can your “real” work done. It doesn’t work like that!

So let me ask: do stay at home moms work? And how is it that people believe they can actually say this stuff?

Don’t forget to enter my contest where I will come to your church–and speak for free! You can win a “Girl Talk” evening where we talk marriage, intimacy, and fun! Enter here.