Are Christians Really Uptight About Sex?

I hope you had a wonderful Easter! I made a huge dinner last night, and then ate way too much. But it was lovely to spend the day with friends and family.

And now it’s back to the real world. It’s been a month since The Good Girl’s Guide to Great Sex has been released, and I wanted to take a post to thank you all who have supported me, and then to ask a question.

First, the thank yous. I was overwhelmed by the support that my regular blog readers showed me when the book came out. So many of you bought it, and so many of you left lovely reviews (I think I have 42 on Amazon right now!). After I posted about a negative review, and asked you all to respond, so many did. I was blown away, and very humbled. I never really said thank you, and so I want to say it now. I know sometimes we think of authors of books as being somehow distant from us, but I hope by reading this blog you’ve realized I’m really quite a regular mom, with regular feelings, and so when you all say, “well done!”, or “I loved it!”, it totally makes my day. Especially if I’ve received nasty comments that day, too. It turns it around.

I’ve also been receiving a lot of emails since I started the 29 Days to Great Sex series in February with women with very complicated problems desperately needing some advice. I’ve tried to answer most as time allowed, even if it was just some quick thoughts and then pointing people to find a good church and a godly mentor in real life (the best advice comes from people who really know you). But reading these emails, day in and day out, shows me that so many women are really hurting in this area of their lives.

And it makes sense. Think about it: our sexuality and our spirituality are both really linked, because our sexuality is so closely tied with our identity. If marriage is going to be attacked, it’s logical that the area where it would be attacked the most is sex, because sex is the vehicle that God created for us to most feel intimacy. If that intimacy is lost, it has repercussions throughout all of our marriages, our families, even our communities. Think of the damage being done by porn, or by affairs, or by simply distant marriages. It’s the ripple effect, and it’s heartbreaking. 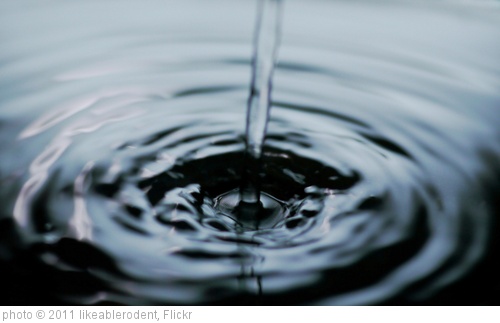 That’s why I firmly believe that it’s time for Christians to start talking honestly about sex. I know we may not be comfortable talking explicitly with our best friends, or with our moms, or with our Bible study group, but surely we can get the conversation going, even if it’s just on blogs or in Christian media and books.

And I don’t believe it’s optional.

If we want marriages and families to thrive, we need to talk about.

So while I’m so encouraged by everything that’s happened online with my circle of readers and my circle of blogger friends, I’ve become rather discouraged by the results of the marketing efforts offline. The biggest Christian TV show in the U.S., for instance, initially booked me for an interview, and then cancelled because they thought the interview may offend some. Radio stations have been really reluctant to book me as a guest, even though shows like Focus on the Family talk about sex quite often. It’s easy to do it tastefully, and with disclaimers if kids are listening. I’m a mom, after all! I’m not going to say anything that will scar children. It’s easy to talk in euphemisms when you’re on the air. Nevertheless, television shows have been reluctant, too. With my previous books, it was easy to get interviews!

And I’ve found the same brick wall talking to churches about doing a speaking tour. Many pastors are worried that they will offend some of their women by talking about it, or worried that single women may feel left out. I do understand the latter concern, but I also think there’s a bigger issue here of families falling apart. Everybody–single, married, widowed, divorced–should want families to thrive, and sex is a key part of marriages working. 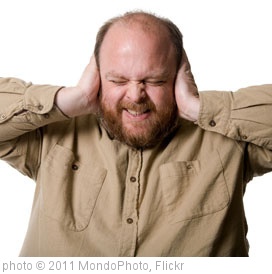 I figure churches and media are reluctant to talk about it because they think people will be offended if you talk about sex. And that leaves us with two possibilities:

1. Christians will be offended if they hear talk about sex (even if it’s tastefully done)
2. Christians won’t be offended, but people assume they will be, and so they don’t want to take the chance

I figure #2 is far more likely to be the case. I’ve only had a handful of people say that we shouldn’t be talking about this because it should be private. More and more people say things like this:

I just got done reading this book and I loved it. The entire time I kept thinking, “I wish I had this book to read while growing up.” No one is my family ever talked about this kind of thing and I was completely clueless for my honeymoon and early marriage years.

What I found so refreshing about this book is that it is direct, honest, and REAL.

This book is so great! It helps you understand the real truth about sex and marriage and uncovers the lies that most all of us believe about sex. Sheila is a great author and really tell you how it is and how it should be. Why has it taken this long to get truth out in the world?

Those are just a few snippets from the reviews, which you can see here.

You all have been so helpful and so encouraging, but it’s occurring to me that the online world is really the best way to get the word out, since Christian media has, on the whole, been reluctant to engage on the subject. In thinking about that, I’ve decided to take a new approach, which will be starting this week.

First, I’m going to debut a new video tomorrow, along with an awesome contest! I’ll come and speak at your church, with a humorous, upbeat, and practical evening for Christian women talking about sex, totally free! I’ll cover airfare, all the expenses, and all you need to do is provide me with the venue. I’d love to meet some of you in person, and I’ll be announcing that contest tomorrow.

And I’ll be rolling out some more videos over the next little while, too. I firmly believe that we women are NOT uptight. We’re private, not prudish, and there’s a big difference. We may not talk about this all the time with our friends, but we’re certainly not offended by godly information on the topic (and, in fact, women crave it). If that were not the case, I wouldn’t be receiving all the emails I get everyday from women saying, “I just don’t know who else to ask.”

So let me ask you: Are Christians really offended by godly information on the topic? And can you help me tomorrow spread the word about my contest? I’m excited to launch it for you!