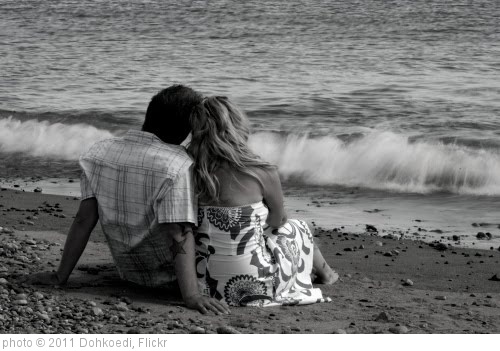 Hello, everybody! Hope you’re all recovered from our 29 Days to Great Sex–and hope you all keep it up! If you missed out on all the fun, you can go back to day 1 right here.

One of the themes that kept coming up during the month is how real life can so often get in the way of sex. We’re tired. The kids are always hanging on us. We work separate shifts. He’s never home. Life is so busy.

That’s why sometimes it’s important just to get away and connect together.

Still 30% off at Amazon until it's released March 6!

Zondervan, the publisher for my Good Girl’s Guide to Great Sex, wants to give you the opportunity to do just that! They’ve arranged a contest where you could win either $1000 Visa card or $500 Visa card that you can use towards a first–or second–honeymoon (or whatever you want, but I’d really suggest you use it to build your marriage!). All you have to do is head on over to my Facebook Page, click the TRIVIA button on the left side, and then do the little quiz! (don’t worry, it’s fun, and nobody will see your answers) and then you’re qualified to win. They’ll be drawing the winner March 23. So head on over and “Like” my page so you can enter. And then please spread the word by clicking the Facebook, Twitter, or Pinterest buttons below.

So head on over to Facebook to play! (and look under the “Trivia” button!)

I’m praying that the two couples who win will really benefit from some time to concentrate on each other.

UPDATE: Hello everybody! So apparently that contest was set up so that it was only open to Americans. It wasn’t Zondervan’s choice; it’s just a legal thing since the two countries have different rules about contests. Canadians need a skill testing question, and other jurisdictions demand other things. So Zondervan has decided to offer TWO contests, run parallel, one for Canadians and one for Americans (I’m sorry for those of you who aren’t either, but there are so many rules for contests it’s hard to accommodate all countries!). The American one is through my Facebook page, as noted above. The link for the Canadian one is right here.

Anyway, it works out better for both Canadians and Americans because it means there are two sets of prizes: one for Americans and one for Canadians. So we all have a greater chance of winning! (well, “we” in the royal sense since I’m not eligible 🙂 ). The contest is open until March 23, so spread the word!

So here’s my question for you today: how do you find time to carve out for each other in your busy schedules? Tell me about a time when you were just at your wit’s end, and you turned it around by taking a mini-vacation–even if it was just eating pizza together after the kids were in bed and then snuggling for a while.

When our kids were small we didn’t get away overnight very often. I nursed them, and life was just so busy. My husband was also completing his residency program in pediatrics, and he worked upwards of 120 hours a week. So we just didn’t get a lot of couple time.

One thing we always did when the kids were little, though, was to take walks. We lived in downtown Toronto at the time, and nobody drives in Toronto. There’s no parking and it’s too big. So whether we were heading to buy groceries or heading to church, we’d walk. We’d stick the girls in strollers or carriers and we’d set off (I was in great shape in those days).

But there was something about getting outside that made everything feel better. And I’ve always had an easier time talking side by side, when you’re doing something, then face to face (or even on the phone). The girls always seemed quieter on walks, too, so we’d find it easier to talk than when we were at home and always running after them. In those days, walking was our lifeline.

Twelve years later we still walk a lot when we want to talk. Most of our really deep discussions about plans for the future, or discipline with the kids, or anything have taken place when we were walking.

Over the years we’ve gotten away by ourselves, too, and that’s been marvellous. I remember the first time we left the girls overnight so we could take an evening to ourselves. But in those early days, walking helped keep us close together.

What helps you? Let me know in the comments! And best wishes for the contest!

And here’s a sneak preview of what’s coming next week: What to do when your husband isn’t interested in sex, and sex and pregnancy, sex and breastfeeding, and sex when you have toddlers! I’m also in the middle of drafting some posts on recovering from infidelity. So stay tuned! Lots more in depth stuff coming.