Teaching Your Kids Appropriate/Healthy Relationships with the Opposite Sex

Recently I’ve had several readers either email or ask through my Facebook Page virtually the same question about how to dvelop healthy relationships with the opposite sex:

How can I teach my kids about modesty/waiting until they’re married, but also encourage them to have appropriate relationships with the opposite sex? How can I make sure that I’m not making them paranoid about sex and the opposite gender, but also that I’m not encouraging them to date?

So I thought I’d tackle that question!

I think many of the questioners were looking for a “curriculum” or a program that you could use, and I do know some good ones. Secret Keeper Girl, for instance, gives you 8 dates to take your 8-11 year old daughter on that help her think about modesty in a healthy way. Similarly, Passport to Purity, a set of CDs and activities that mom does with daughter or dad does with son, helps you go over all the facts of life, including what happens at puberty, and talk to them in a less stressful way about waiting until they’re married. That one is focused on slightly older kids, say 10-13, and helps you make sure that you haven’t missed out on any important information they’re going to need to have.

However, they’re not enough, and that’s really what I want to talk about in this post.

I did both programs with my oldest (don’t we always do more with our oldest than with our younger ones?). I didn’t do either with my younger daughter. But my younger daughter is just as determined to wait until she’s married for sex, is adamantly against dating as a young teen, and has very healthy relationships.

In fact, both my girls have boys as their closest friends, though it’s not a romantic relationship or anything. I had boys as my closest friends in high school, too. And so they’re both very comfortable with both genders, but also very committed to waiting until they’re married.

1. Model Affection with Your Husband 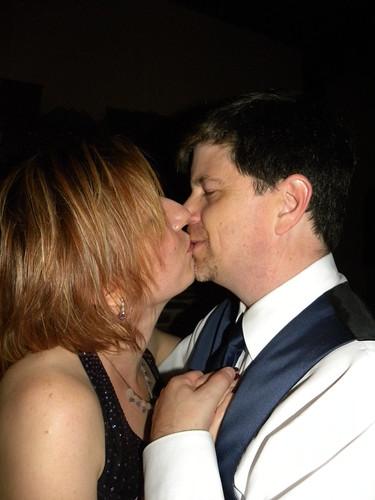 I have met many adults who grew up in more physically reserved homes, who learned as adults how to touch, and who reported loving friends’ homes where more touching took place. I have one friend who was not touchy at all, though her husband’s family was, and she’s had to learn to be more touchy for her husband and her kids–but she now enjoys it. In general, we like hugging.

I have yet to meet anyone who feels that their home was TOO physically demonstrative, and they were trying to learn to hug less.

So I say: you can’t go wrong by touching your kids a lot and by touching your spouse a lot. People do yearn for affection. And when your children see you and your husband kissing, and hugging, and even some rather passionate kisses, that’s just part of a healthy family. The kids need to know that you enjoy your husband. So gross them out every now and then! My girls have one friend who comes over quite a bit who jokes that she always is really loud before walking into our kitchen because she’s never sure if she’s going to turn the corner and find “Mr. and Mrs. Gregoire making out”. But she thinks it’s funny.

When your children see that you enjoy being with your husband, they learn that sex in marriage is healthy, is fun, and is awesome–not something to be ashamed about or scared of.

And they learn that all this talk about how marriage is boring is nothing but talk. They know the reality. On the other hand, if you yourself are a little  uptight about sex, and so you don’t show your husband much affection, your children will pick up on that. They will absorb your hangups. So force yourself out of your comfort zone. Sex is a healthy part of marriage; believe that, show it, and your kids will believe it, too.

If you’re a single mom and you can’t do this, then talk to your kids about it anyway. And, if possible, make sure that they develop a close relationship with an aunt/uncle or with a family from church who is affectionate, so they have a chance to see this in action. I still remember loving going over to Mr. and Mrs. Timpson’s house when I was a young teen, because they always held hands. I thought that was sweet.

2. Be Affectionate with Your Kids

Going along with that first point, it’s important to touch your children and hug them, too. Obviously you don’t want to smother them, but children do yearn for touch.

If they don’t get it from you, they’re more likely to look for it in the opposite sex.

When my kids were little, we all spent a lot of time on the bed just cuddling and wrestling and rolling around. It’s funny, because as they’ve grown, my girls have not stopped doing that, though they’re 17 and 14. My youngest likes to “tuck” my oldest into bed, which usually involves squeezing her until she can’t breathe, and all kinds of other over the top wrestling things. They often end up laughing for a good half hour before bed–but it’s because they’re touching.

This can be trickier if you have boys, or if you have kids of the opposite sex, but wrestling, leaning against each other while you’re watching a movie, all of those things are perfectly healthy. And the more your husband can hug and touch the girls in a healthy way, the less likely they are to seek out affection from a dating relationship.

My husband had an adjustment to make when the kids hit puberty, and he found he couldn’t wrestle them or hug them in the same way. For a while he stopped hugging them, because it was awkward, but then he realized that was the exact wrong thing to do, so he’s found a compromise now. Kids need physical affection.

3. Fill Your Home with Peers

They’ll get their affection from you and the modelling of appropriate marriage relationships from you, but you can’t give them everything. For other things they’ll need other people. And one of the most important things you can do is to give your kids healthy opportunities to make friendships of the opposite sex.

The easiest way to do this is to have people over for dinner with kids around the ages of your kids. One of the problems that parents sometimes get into is that they talk about dating in such a negative way, and talk about sex in such a negative way, that kids decide “boys are yucky” or “girls are scary” and they never want to have anything to do with them. That’s not healthy, either. What you want is for your kids to figure out healthy platonic relationships, which really are possible.

I mentioned in this post recently that our family has gone camping every summer and up to a hunting camp in the winter with a family for the last 12 years. They have boys almost the same age as our girls, and the two boys and two girls have grown up together.

That’s really healthy. They learn that boys are very different from them, but they also have almost a brother/sister relationship with these guys because they’ve been together since they were so small. (Of course, I suppose at some point one of those relationships may turn to something more, but that can be healthy, too, right?). 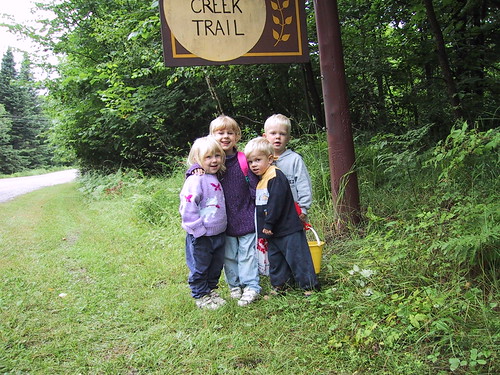 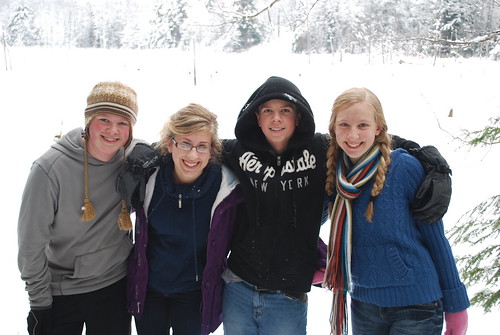 Don’t assume that just because your children are in school or at church that they’ll learn good relationships with the opposite sex.

First, kids tend to sex segregate and don’t always talk to the other gender. Also, schools and even some churches are not always the healthiest environments. When you have a smaller number of kids under your own roof, it’s easier for the kids to learn how to talk to each other, because they have to.

4. Talk to Your Kids

The kids who grow up with either hangups about sex, and are too shy and never talk to the opposite sex, are often those who were not shown affection, didn’t witness affection, and had no natural outlets to make friends. On the other hand, those who grow up to be boy crazy or girl crazy are also often those who didn’t always talk about these things openly with their parents.

Now it’s your turn: Do you have trouble being affectionate with your spouse in front of your kids? Are  you a touchy person–or not? Let’s talk in the comments!