Why We're Not Dead 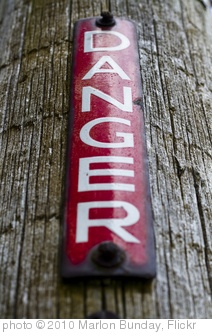 I hope you all had a wonderful Christmas! We certainly did, and I thought, during this downtime, that I might rerun some older columns that I’ve never put on this blog. So here’s one from late 2004, which I still like.

As I look at my daughters and contemplate the arrival of the New Year, I can’t help but thinking, I’m glad we’re not dead!

It’s actually quite surprising. Think of all those things that you did as a child that you would never, in a million years, allow your child to do. Our own parents and grandparents, for instance, weren’t aware of the need to bleach countertops to prevent infection, and so spent blissful lives thinking about such mundane things as “I hope that fireplace doesn’t burn our all-wood house down.” They had petty concerns compared to the lists of things we must be constantly vigilant about.

The Christmas holidays have just passed, which reminds me of a “new” danger. We use stuffing to actually stuff a turkey. Think of all those potential germs! According to the powers that be in Health Canada, we are supposed to cook the stuffing in a separate container, and hope that just by being in the same oven as the bird, the stuffing will acquire taste through osmosis. By the time our kids are adults, they will consider us cavepeople for trying to make our food tasty.

Until that time, though, we can sit in judgement over our own stone-age parents. Our mothers, for instance, when doing up our coats, used to tie up our hoods, despite the obvious risk of strangulation. Our parents painted our houses with lead paint. They installed inefficient furnaces but didn’t bother to invent carbon monoxide monitors. They took us swimming at local beaches, thinking they were “building memories”, but ignoring that “building bacteria count” from the raw waste companies dumped in the water. And they didn’t always supervise us. 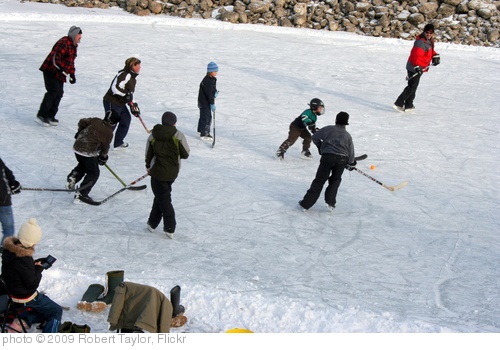 When my father-in-law was younger, his mother would pack him a lunch, pour him a thermos full of hot chocolate and watch him head out to a nearby lake to play hockey all day with the neighbourhood boys. Even the youngest would be gone for upwards of eight hours, without adults to prevent body checking, investigate the thickness of the ice, or watch for suspicious strangers. Of course, any pervert who propositioned a stick-wielding boy who could play hockey all day in sub-zero temperatures probably would have had a death wish, but we modern-day parents would still never dream of leaving our youngsters alone.

But forget about protecting our innocence; what about our heads? Those boys on the ice had no helmets. Come to think of it, my generation didn’t even wear bicycle helmets. We did wear seat belts, though our own parents didn’t. People drove after they were drinking—even while they were drinking! And when you came home from the hospital, chances are you sat in the car on your mother’s lap. No car seat for you! It’s a miracle that we lived long enough to even become parents.

When we were children we weren’t afraid to eat peanut butter (now there’s one safety hazard that is demonstrably getting worse). We slept on our stomachs when we were babies, because our mothers hadn’t hurt of SIDS. We had no antibacterial soap. Yet all the energy that goes in to all the new safety measures, let alone the emotional energy that is spent every time we hear a new health warning, is disproportionate to the risks. Today’s children are safer than any other generation in history, but you wouldn’t necessarily know that by reading all the “news bulletins” in the parenting magazines. This isn’t to say bad things can’t happen; only that it’s far less likely that they will.

As parents it’s easy to become obsessed with all the possible things that can hurt our kids. These concerns, though, are largely luxuries. We can only worry about preservatives once we have surplus food to preserve. We can only worry about strings around hoods, which have caused 17 deaths in the United States since 1985, when vaccines have virtually eliminated measles, a disease that until relatively recently killed over 500 children a year. That’s not to say we shouldn’t try to keep our kids safe. But let’s relax a little. If current trends continue, chances are we’ll live to see many, many more new years. Even if I do keep stuffing my turkey.