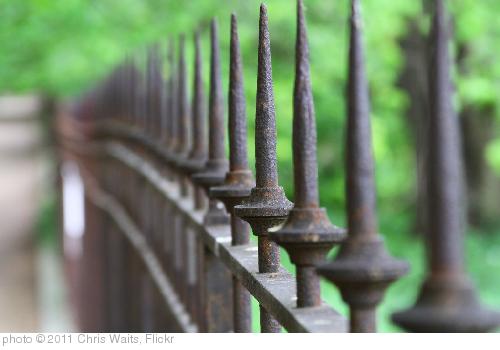 Every Friday my syndicated column appears in a bunch of newspapers in southeastern Ontario. This one concerns a horrible crime spree from two years ago, where the head of the largest air base in Canada was found to be a serial killer, murdering two women and sexually assaulting two others before he was caught. While he’s now locked up for life, the story is continuing. Here it is:

The crimes of Russell Williams rocked our little corner of southeastern Ontario, and put Tweed and Belleville on the map—and on CNN. But those who were indelibly changed were not those, like me, who were merely spectators, but Jessica Lloyd, Cpl. Marie-France Comeau, their families and friends, and the two sexual assault victims. They are the ones who truly suffered. The rest of us were just compassionate yet horrified onlookers.

Nevertheless, some bystanders did get unwillingly involved, most notably Williams’ neighbour Larry Jones, who was originally a suspect in the two Tweed sexual assaults. Last week he and his wife launched a lawsuit naming, among other defendants, Russell Williams and his wife, the police, and, most ludicrously, one of the assault victims herself, who misindentified his voice.

Whoa. Back the truck up. I totally understand suing Williams and his wife, but what were the police supposed to do? Ignore a genuine lead? And what was the victim supposed to do? She honestly thought it was him.

We are a sick society if we think that running to a lawyer can solve emotional pain. Besides, the more people run to lawyers, the more we distort healthy human interaction. I don’t know how Jones’ unfortunate involvement in this case ended, but 150 years ago the solution would have been straightforward. The police would have knocked on Jones’ door, after they arrested Williams, and said, “We’re really sorry, buddy. This must have been hell for you. We wish you all the best.”

Today, no one dares apologize for anything, because an apology is an admission of guilt. If a doctor apologizes to a patient for missing something, they may as well purchase a neon sign saying, “Easy Mark”. If a business owner apologizes when someone slips on their floor, they’re inviting a lawsuit. Few people today say, “I’m sorry.” We keep our professional distance and we shun courtesy, all so we can save our necks.

Yet lawsuits don’t just make courtesy disappear; they kill responsibility and common sense, too. In August, country duo Sugarland performed at the Indiana State Fair in very high winds. The stage collapsed, killing seven concertgoers. The families have now sued everyone remotely affiliated with that concert for failing to provide a safe environment.

If you’re out at a concert, and the winds start to gust at 60 miles an hour, shouldn’t your first thought be, “Maybe it’s not a good idea to be here?” Thinking, “Country singers know more about safety than I do so I will leave the decision to them,” is pretty stupid. Do we really trust other people to be more responsible with our safety than we ourselves? That’s insane.

Yet to me, what’s even more insane is that our police department will now have to dedicate valuable resources to defending themselves in this lawsuit, when they could be out solving crimes and enhancing public safety. I doubt their budget will be enlarged to cover these extra expenses, so all of the Quinte area will suffer less policing so the police can argue that it is, indeed, their duty to follow up leads.

Sometimes horrible stuff just happens. It was Mr. Jones’ bad luck to live next door to evil. I’m truly sorry for him, although I can’t understand how suing a victim will enhance his now ruined reputation. But horrible stuff happens to other people, too. A friend of mine lost her 16-year-old daughter to cancer this year. Another friend, younger than me, is undergoing cancer treatment. And for pity’s sake, two women were sexually assaulted and two other women murdered! Lawsuits against sexual assault victims and police can’t fix the pain anyone’s suffered. Exhibiting forgiveness, courtesy, and grace in the face of trial will. And no lawyer can give you that.