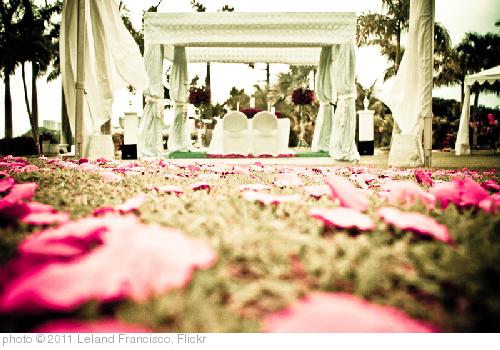 I am so grateful for modern transportation. Without it, I would never have married my husband.

One of the themes that I often see in historical literature (or classic literature, like Jane Austen) is that if you aren’t married by a certain age, you’re pretty much doomed, because there are only so many single men around. Since most people never travelled more than 50 miles from their home, their chances of meeting anyone new were slim.

Thus, many marriages were of convenience. You only had so many to choose from, so you choose the best of the lot. It’s not that these marriages weren’t necessarily happy ones; I think people knew how to commit and love and work better in bygone eras. But I certainly wouldn’t want the stress of having to find someone in my community!

In Lynn Austin’s new novel Wonderland Creek, That’s the dilemma that’s facing Alice Ripley, a small town librarian in the height of the Great Depression. She has a boyfriend that everyone (including herself) assumes she will marry, because there aren’t many single guys around. When that relationship doesn’t work out, and her job comes to an end, Alice leaves the life she has known for adventure in the Kentucky mountains.

It’s a fun book, with well-developed characters and a plot to keep you interested, including economic injustice, a good ole’  family feud, unions, and more. But the two things that I took away from it, and ended up thinking about, are these:

1. How Far Would you Go to Get a Husband?

Finding a husband was not Alice’s intention when she left home, though she did end up doing so. But it occurred to me that perhaps this isn’t a bad strategy. If marriage is important to you, and the prospects near home don’t look that wonderful, then perhaps you should widen your horizons.

I think of that especially with my daughters. We live in a smallish town; and I’d like them to meet more Christian men before they finally decide. But I think often as parents we’re afraid to let our daughters leave home, or afraid to let them roam too far. Yet by doing so, are we dimming their prospects? Take Bible College, or as it used to be known, Bridal College. With most Bible Colleges now being about 67% female, what’s the chance that your daughter is really going to meet her husband there?

I think it’s  more important to give our daughters the opportunity to be involved in Christian service–since we often meet our mates when we’re doing something for God. And be involved in a good church. So if your girls want to leave your church, because it’s small, and head over to the large church with a thriving college & career group, I really do think that’s okay.

In Wonderland Creek, Alice assumed she would marry her boyfriend, though even she could see how dull her life would have been. Sometimes we need to widen our horizons!

2. God Works; And He Doesn’t Always Need Our Help

Another big theme was that God has His purposes, and sometimes we can thwart them by trying to be too helpful. One of the characters in this book is a 100-year-old woman who was a former slave. Her story comes full circle in the course of the book, and comes to a wonderful resolution. But throughout her life, this woman was able to trust in God and not try to push things, because she knew that God would work things out.

Alice, though, wants to jump in and right everything for everybody. It’s a noble feeling, and one that I often share. But it doesn’t always work. Sometimes it’s better to pray and ask for direction, because God could be working behind the scenes, where we don’t see it.

I need to be reminded of that sometimes!

Altogether, this is a fun read, and does give you some things to ponder afterwards, just what I want in a book. See more here, or, if you’re hoping that someone will get you a Kindle for Christmas (hint, hint), then you can get the Kindle version here!

Now it’s your turn: Did you marry someone you had known in high school? Or did you meet your husband further afield? Or, do you have any book recommendations for Christmas presents? Let me know in the comments!