When I was sixteen a pastor friend of my grandfather’s asked me to give a report to his church about a missions trip I had just come back from. I think he wanted to fire up his church to think more about short term missions. So I went, and said something (I have absolutely no idea what now), and that was that.

But apparently after that one episode, this pastor went to my grandparents, who were living in a nursing home in Toronto, and told them that I was an amazing speaker.

My grandfather had had a stroke at the age of 67, and lived for another 25 years. In those 25 years all he could do was pray and read. He had been a very active man, but his life became very small. And so pray he did.

I found my grandparents difficult when I was younger, because they were so very, well, OLD. And it wasn’t fun to visit them. And Grandpa never asked about me or what I was doing. He would just talk for an hour about all of his memories, telling me the same stories over and over again. It was supremely painful for a teenager.

And yet, in the years since he died, I have seen how his legacy of prayer mattered. Because there were three main ministries that Grandpa prayed for: 100 Huntley Street (the TV show), World Vision, and The Billy Graham Organization.

Last year I had the surreal experience of sitting in the World Vision headquarters after being on 100 Huntley Street earlier that morning (I guest host every now and then), and meeting with World Vision staff about some speaking tours they were sending me on last spring. I could almost hear Grandpa in heaven laughing.

His prayers mattered. They really accomplished a lot in my life. He prayed specifically for what I would do, and for what I would become, and for how I would serve God. I never knew my grandfather well, though I spent a lot of time with him. But I did know that he prayed, even if, at the time, I didn’t realize the impact it would have.

And so it was that when I was asked to review Billy Graham’s book Nearing Home, I jumped at the chance, because it made me think of this grandfather all over again. I’ve also been thinking about heaven so much lately, and especially because I have a son there, that I thought it would be interesting to see what Billy Graham would say. So I know I normally write about marriage, and that’s coming again next week and later this weekend! But I thought we’d take some time today to explore another topic that’s important for family.

I heard last night that Mr. Graham had been taken into the hospital in North Carolina, and so I said some prayers for him, and thought I’d write and publish this review today, to ask others of you to pray for this great man.

The book is very Billy Graham; it focuses on making sure people are saved on almost every page, which is wonderful. But for me, I wanted to see what advice he would give to those who were aging. And I’d like to sum up some of his main points:

1. ALL our lives are to be used for God’s service

There really isn’t retirement in God’s plan. Certainly you may retire from work, but we should never think that we “deserve” a life of leisure, where we don’t care about anyone other than ourselves. Our whole life is a gift from God, and God wants to use the aged, too. Never think that you are too old.

He says, “Whatever you do, keep your mind and your body occupied; don’t give laziness or boredom a chance to take root in your soul. The devil delights in someone who is idle or bored; he knows this leads to temptation or discouragement.” Great words.

2. We can leave an amazing legacy of prayer; pray specifically for your offspring

Billy Graham apparently has 19 grandchildren and 43 great-grandchildren. And he prays for them each individually daily. He prays specific things, too. He told the story of one woman who was so old she couldn’t move around anymore, and her eyes were so bad, she couldn’t read. And so she just wrote long, long prayer lists, and prayed all day. And she found that she was so busy! She was always telling her nursing aides how she doesn’t know how she has time for everything, what with having to get through her prayer list.

Prayer has never been something I’ve been very good at. And yet these sorts of stories excite me. Billy Graham says that when the body starts to shut down, and the eyes start to go, perhaps God does that because He wants us to stop looking at this life and to start to look at the next. And one’s attitude towards prayer changes when you’re old, and reflects that.

So he prays specific things for each of his offspring. What an amazing legacy!

3. Keep Focusing on the Future while you Remember the Past

He talks a lot about grief, specifically the grief of losing his wife. But his attitude is the same: focus on the future. It is not that remembering is bad; remembering is actually a good thing, and we should be remembering how God moved and we need to tell the next generation coming these stories. But don’t get stuck there. Keep your focus on God and on what He is doing now, not just on what happened to you in the past. And you will be able to keep on living, even in grief.

4. Get Your Affairs in Order

Billy Graham is very firm and strict that older people must prepare wills, power of attorneys, and do everything they can to get their affairs in order. And they must be honest if it’s time to stop driving. Great advice. (By the way, we all need wills, especially if we have children. Do you have one?).

And then he ends by telling us to think about home, for that is what heaven is. When you get older, you are simply nearing home. 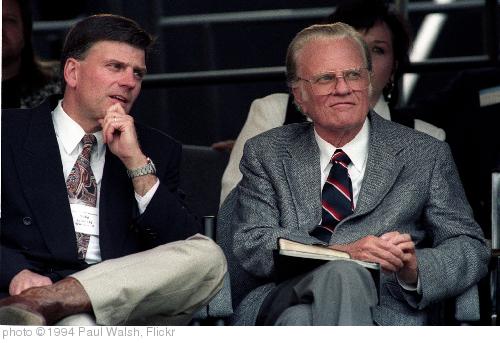 I find myself tearing up several times reading this book, and hopefully I’m still a good 40 years away from being old! But it was a lovely book. Here’s one snippet that really moved me:

I still remember the sadness I always felt when visiting former President Reagan, after [Alzheimer’s] had tightened its grip on his mind…I last saw him on the lawn of his home…at the invitation of his wife, Nancy. After I visited with her in their living room, she asked if I would like to say hello to Mr. Reagan, and I readily agreed. We stepped outside into the bright California sun. A nurse was helping the former president with his lunch. He didn’t seem to notice either Nancy or me as we greeted him. After a short (and one-sided) conversation, Nancy asked me to lead in prayer–something I’d always done whenever I visited them, whether in Washington or California. Afterward, as Nancy was escorting me back to my car, I asked her, “Do you think he knew me?” She responded, “Not until you prayed–but hearing you then, I believe he knew who was praying for him.”

I don’t know why that affected me so much, except the thought that his voice praying is what would bring Reagan “back”.

Imagine being recognized primarily by your prayers.

Now that is a testimony.

I honestly think it would make a great Christmas gift for older parents, especially if you want to open the conversation up about making sure they have wills, etc.

One thing that I was always sad about was that as my grandfather aged, he found it difficult to read books, because he couldn’t hold the book in his hands. How he would have loved a Kindle! Can you imagine? Something so small and light, and it’s so easy to turn a page, and you can make the type bigger. I really think a Kindle is a great Christmas gift for grandparents, even if it seems like technology and the aged don’t go together. This is the exception. And then give them Nearing Home on Kindle, too.

I’m thinking a lot about my grandparents today. We really didn’t always see eye to eye or have an intimate relationship, but they loved me, and they left a tremendous legacy with their prayers. And for that I am grateful.

Now it’s your turn: What was your relationship with your grandparents like? What do you think about retirement? Leave a comment!

Book has been provided courtesy of Thomas Nelson and Graf-Martin Communications, Inc. Available at your favourite bookseller from Thomas Nelson.