It’s Tough Being a Teen

Note: If you’re here from Reddit looking for the “controversial sex post”, it’s right here. It was published Wednesday, looking at whether making love when you don’t feel like it is the same as marital rape. So go read that, or just enjoy today’s column below. 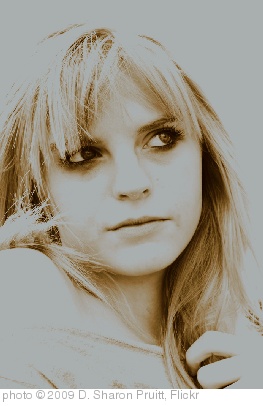 Christmas is supposed to peace, joy, and family. Yet for many, the stark contrast between the reality and the ideal renders the season very difficult.

Over the last few weeks, I’ve heard the stories of several teenagers who have recently taken their lives, or who have attempted to do so. My girls know other friends who are walking through a fog from which it seems difficult to emerge. And my husband, as a paediatrician, constantly sees children and teens who are so stressed at school they make themselves sick. To many in our community, then, joy seems distant.

I think we do a disservice to struggling teens when we fail to acknowledge the depth of their feelings, saying instead, “You’ll never have it so good! These are the carefree days of your life! Stop wallowing!” Sure, teens may not have bills and responsibilities, but their concerns are quite real. They’re enduring so many physical and hormonal changes, which bring stress enough. But more importantly, they are stuck in a social situation from which they cannot escape. They attend school for four years with the same people, and if they don’t fit in, there is no where to run. As an adult, if you are bullied, or feel alone, you can always switch jobs, or neighbourhoods, or even cities. But many teens see school more like a jail. They can’t get out.

And at the same time they’re supposed to figure out what they want to do with their lives, and get good marks, and plan their futures, and many just aren’t ready. Combine that with what, for large numbers of kids, is an extremely difficult home situation, and life is largely out of their control.

But here’s something else that is equally true: the end is in sight. High school is only four years. You just have to get through it. At the end of those four years, you can make decisions about your own life. High school, which seems so all-consuming right now, will not matter in ten years. By the time I was 21, I no longer talked to anyone I went to high school with. I had a whole new circle of friends who shared my interests. And life does keep getting better when you have the ability to make choices.

Too often we think adult sadness is the worst kind of sadness, but I’m not sure it is. I think teen sadness is very intense, and in many cases very justified. To tell them to get over it won’t work, because their pain is real. But that pain is also likely only temporary. If we can keep encouraging kids that there is an end in sight because high school is not real life, perhaps more could find ways to cope.

Maybe that’s where the Christmas story comes in, because even though Christmas is supposed to be joyful, that first Christmas had its share of stresses. Mary and Joseph were both pariahs to their families. They were far from home, eventually having to flee to another country. They were bullied and largely alone. And yet we remember the story as being a happy one because it has a happy ending. For those of us who lean towards the religious tradition, God became man and lived and died with us and for us, so that we could live forever with him. The Christmas story, then, is one of pain that is only temporary.

This year, if your family is walking through pain, I hope that can be a comfort. Pain really is only for a time, and love is on the horizon. Merry Christmas.