How Do We Get over Marriage Problems and See Marriages Change? 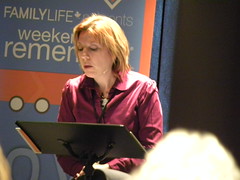 This weekend my husband and I have been speaking at FamilyLife Canada’s Weekend to Remember conference in Collingwood, Ontario. I love getting away with him and speaking; it always makes our marriage better, too! We have a weekend to talk about nothing but marriage, and we always feel like if we’re going to get up there and teach, we had better practice what we preach (my husband is especially eager to do so with regards to the sex talk 🙂 !

Yesterday, during the wrap up, my husband told two stories about how change happens in marriage, and I’d like to share them with you now.

First, picture two little boys down in the kitchen making breakfast. They’ve eaten some waffles, but they’re still hungry, when the toaster pops up. There’s one waffle left. They both go over to grab it and start fighting over it. Mom turns to the boys and says, “now, now, what would Jesus do?”

Both boys, shamefacedly, admit, “Jesus would give His brother the waffle.” Then, quick as can be, the little boy points to his big brother and says, “You be Jesus!”

I also think of the analogy of the World War I trenches. During World War I, both sides fortified themselves in trenches, which were basically impenetrable. For four years, they fought over a stretch of about twenty miles. 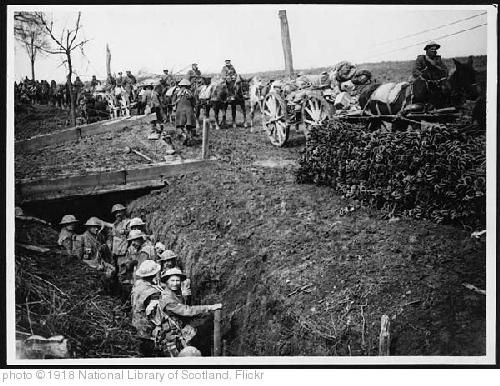 And that sometimes is what we’re like in our marriages, too. We get into our trenches, and we’re afraid to stick our head up in case something comes flying at us. So we dig in and prepare to stay a while. But then nothing can ever get better. Nothing can ever happen until one person has the courage to climb out of the trench and walk across the no man’s land.

That’s what happened in our marriage when we were having problems in the early days. I found sex difficult and emotionally draining. Is that all he wanted me for? He felt lonely and unloved. And so I spent my life trying to turn him off. And then one day he came to me and said he would give up all expectations on me and just love me. And he meant it. And it was so freeing. For the first time I could figure out if I wanted to for me, not just for him. Everything changed.

That’s really what marriage is about. It’s deciding to change yourself, because when you let go your need for retribution, often the other person is then freed to be who they were meant to be. They’re not stuck anymore. Now I have written a post and done a video for those of you who feel very alone in your marriage,. I do know change is not always easy, or even likely. But for most of us, changing our own attitudes can do so much to change the marriage.

At the end of the conference, we hand out certificates, pledges that they can sign that they are committed to this marriage. The couples can take them home and sign them (some people get their kids to witness them at home, or their pastor), and it’s a very moving moment. 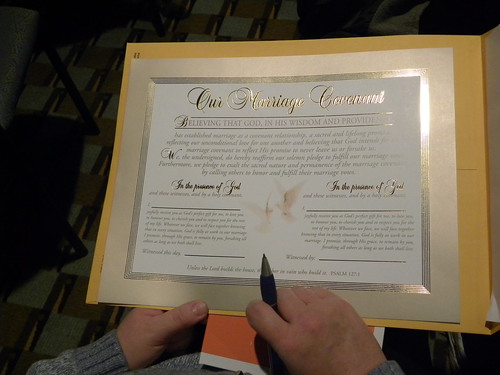 If you’ve never gone to a marriage conference, I’d really encourage it. We don’t make anyone sit in small groups and spill their guts to strangers. You just listen to the speakers, and then do projects, just the two of you. No one takes attendance or bothers you. It’s all up to you. We enjoyed it when we went for the first time, and we try to make it fun and interesting for those who are there (as you can see from the video I posted yesterday).

For your viewing pleasure, here’s one of my favourite clips from the sex talk we give, from the Banff conference that we spoke at last year. Enjoy! It’s pretty funny:

Now it’s your turn: Have you ever seen the dynamic change in your marriage? How did it happen?
Tags: change in marriage, marriage problems