Should You Remove Children from Parents for Being Obese? 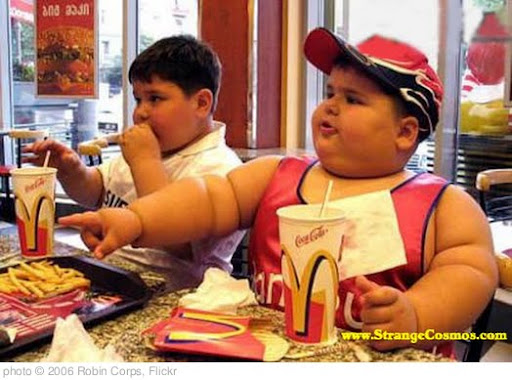 That’s the debate that’s occurring in Britain right now, where a couple with seven children are about to lose six children, likely forever, because they haven’t helped them to lose weight.

The couple were ordered to send their children to dance and football lessons and were given a three-month deadline to bring down their weight. When that failed, the children were placed in foster homes but were allowed to visit their parents.

After the couple objected to this arrangement, the council agreed to move them into a two-bedroom flat in a supported unit run by the Dundee Families Project. They insisted on the couple living with only three of their children at a time.

At meal times, a social worker stood in the room taking notes. Doctors raised concerns that the children put on weight whenever they spent time with their parents, a claim they vehemently denied.

The couple and their children also had to adhere to a strict 11pm curfew. This involved ‘clocking’ in and out by filling in a sheet held by an employee who lived on site.

When concerns were raised the 12-year-old son weighed 192 lbs. The 11-year-old daughter weighed 144 lbs. The 3-year-old little girl weighed 56 lbs. The other weights aren’t listed. And basically the family was forced to feed the kids with a social worker standing right there, taking notes all the time.

Let’s be honest here. Raising a child who is morbidly obese is just plain wrong. Kids gain weight because calories in is too much greater than calories out. It’s not rocket science. Sure, you may have fiddle around with proportions of carbs vs. proteins, but in general, kids shouldn’t be fat. They weren’t forty or fifty years ago the way they are today.

At the same time, I am extremely uncomfortable with removing kids from parents just for being obese. Think about the effects on these children’s lives. They’re not only going to be uprooted from their parents, who do love them; they’ll also be uprooted from siblings, because I doubt you will find one family who will adopt six kids. That’s extremely traumatic.

Besides, one of the worst things that you can do to kids is to get divorced. I know that sounds harsh, but divorce is statistically highly correlated with teenage pregnancy, drug use, incarceration, adult poverty, and adult dysfunctional relationships. It’s also highly correlated with physical and sexual abuse. And yet we would never remove a child just because the parents got divorced. We pick and choose which things we remove children for.

If obesity is the only criteria for removing kids, I know a ton of kids who would be removed from their parents’ homes. That would be disastrous for those children.

Unfortunately, in our society, parents are going to make big mistakes. They’re going to let kids watch too much television. They’ll ignore them at times. They’ll work too hard. They’ll get divorced, or fight with the child’s other parent. They’ll let their kids get obese. But the problem is that there is really very little the state can do about these things. Removing kids isn’t going to help.

I’m all for removing kids when parents can’t do basic functions, like feeding their kids or creating a liveable home. But we can’t remove for everything, and to me this seems over the line.

At the same time, after all that is said, I have to admit I find these parents troubling. If you knew you might lose your kids, wouldn’t you radically change their diet and start an exercise regime–even if it wasn’t fair? It reminds me of an episode of Hoarders I saw once where a woman was going to lose her kids permanently if she didn’t allow the trash in her house to be thrown out. She chose the trash over her kids, whom she still obviously loved. I was so dumbfounded by that, too.

So what do you think? Let me know!