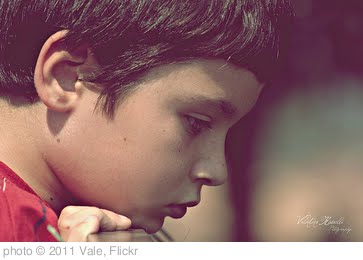 My husband is a pediatrician, and over the last week I’ve caught him on the phone several times, talking to parents about their kids’ illnesses or anxieties. That’s pretty normal.

But this week there’s been something a little bit different, that’s made him a little grumpy. A lot of these conversations he has to hold twice: once to one parent, and then to the other. And instead of speaking mostly about the illnesses, he finds himself getting drawn into custody issues. It’s really ugly.

Divorce is ugly. I know sometimes it’s necessary–in cases of abuse, or adultery, or addiction–but in the vast majority of cases people divorce for far less (or they call things abusive which perhaps aren’t really abusive). I have a ton of kids in my extended family, and in our circle of friends, who are walking through their parents splitting up right now, or who have walked through it in the last few years, and I can tell you that, without exception, all those kids are doing worse now than they were doing before the split up happened. Many, if not most, of the moms are doing better. But the kids aren’t. (Note to those of you who know me who may think I’m talking about you: I didn’t know some of the kids involved before the split, so I’m not directing this at you, because I can’t make a judgment there).

If a child is living in an abusive situation, they often are better off after the split. Living in a house which is emotionally and physically dangerous is draining. When the split happens, often those kids act up and rebel for the first little while because they are finally able to do so. It’s finally safe enough for them to vent feelings, and so they really vent.

I am watching kids really hurting. And almost universally, I am watching these kids want so desperately to be grown up, so that they can have their own lives and thier own futures, that they are doing stupid things in the here and now, pretending to be older than they are.

I have also watched many good friends of mine have their husbands walk out, through no fault of their own. I am not speaking to these women, and you know who you are. They are reeling and hurting, too.

But in many cases, it is the woman who leaves because she can’t take the marriage anymore. And she breathes a sigh of relief because she is finally free to make her own life.

Her kids don’t experience that freedom in the same way, and I think many women are oblivious to this because they are so relieved, it only seems right that the children should be relieved, too. But they aren’t. And those kids are hurting.

That’s why I’m so passionate about marriage. I grew up with a single mom who never wanted the divorce. And I am okay. I have a great marriage today, and I have great kids, and I’m close with God. God took what could have been horrible and turned it to good in my life anyway. I don’t think I would have the husband I do, or the ministry I do, had I not had the background I did.

I know some women, and many who read this blog, feel very desperate in their marriages. They have huge problems. They feel stepped upon. And I want to be there to help you. I’m not trying to sugar coat anything. I know marriage is hard. I know sometimes you do all the right things and he doesn’t seem to change. I know all that. But I will still write, and pray, and try to offer some other solutions and strategies so that your marriage can thrive again–because I believe the most beautiful thing in the world is when God redeems something that seems irredeemable.

That’s also why I write so much about sex, because honestly, if a couple has a good sex life, it’s pretty unlikely other stuff is going to derail them. Sex is kind of like marriage insurance. That’s not true in all cases, but it is in many. So it’s not that I’m sex-obsessed; I’m just marriage obsessed. And if I can help some newlywed women see sex in a positive light, and get started in a great direction in the bedroom, perhaps we can avoid some problems that plague many couples.

So, in that light, I have something to show you! I’ll do a formal announcement later, but I thought you all may want to see my book cover for The Good Girl’s Guide to Great Sex, which is coming out in January. I just saw the official cover myself. I like it. What do you think?

And then tell me: what do you need to hear about more when it comes to marriage? Have any burning questions? Please leave a comment, so I can keep this blog as relevant as I can!
Tags: Good Girl's Guide to Great Sex