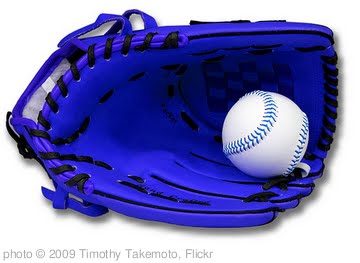 Communication has much in common with the game of catch. Both have two parts: one person has to throw, and one person has to receive. If you throw at the same time, and no one tries to catch, you both end up whacked.

There’s been a lot of whacking lately in our home. We’ve all been so busy that we’ve been shouting orders and schedules back and forth faster than teenage boys move when food’s around. But we haven’t necessarily been listening.

This became apparent a while back when I was preparing for a week long speaking road trip in the Maritimes. Air Canada graciously allows its passengers two bags of fifty pounds each, and since I had to transport books to sell, I wanted to make maximum use of those fifty pounds. I was aiming to make each bag 49.5 on the dot, and such a feat is not accomplished quickly. Thus, a week before I left I had those suitcases on my bedroom floor, where I would throw things and stuff things and move things before I weighed things.

The day before I left I wrote out a long note to Keith of all the things he had to do while I was gone—grocery shop, get the kids to piano, help Katie with her Science assignment. He looked at me perplexed.

“Because I won’t be here,” I snapped. He looked surprised when I explained that I was leaving for a week. “But what did you think those suitcases were for?” I asked. He had been tripping over them all week, but their significance had obviously eluded him.

No real communication had taken place.

When families fall into survival mode, where we’re just trying to manage the busy-ness, we often miss basic clues of what’s going on in other people’s lives, because we’re worrying too much about what’s going on in ours. It’s time to learn to catch, and not just to throw. We’ve got to listen.

When I was a teen, my mother devised this brilliant strategy of keeping track of everything. She put a datebook next to the phone, my work schedule, my social life, and my school events all went on that calendar. Today our family uses Google calendar, and last week I hit the “Share” button so that my husband can see my calendar, too. It’s just part of being a good wife.

But I’m not satisfied with only communicating logistics. About 80% of conversation in a family has to do with just these things: who is going to do what, when they’re going to do it, and who has to clean up the mess afterwards. Most couples, for instance, only spend five minutes of conversation a day about non-logistical things. Even when we do talk, we tend to be sharing information, not hearts.

The busy nature of our lives often conspires to rob us of time just to share what’s on our minds. Expecting all the chaos to stop so we can have a face to face conversation with our kids or significant other can be wishful thinking. Besides, in my experience, men and teens both like to communicate side by side, rather than face to face anyway. Instead of sitting across the table chatting, they’d rather be doing something and chatting.

So perhaps, in these chaotic days as the year starts up again, I’ll just try to find ways to share my chaos, side by side, so that I let others in to what’s going on. I’ll share more about my schedule, so that Keith figures out what those suitcases are for. But I’ll also spend more time learning to share hearts, too, so that after all the chaos, I’ll always have somewhere to come home to.