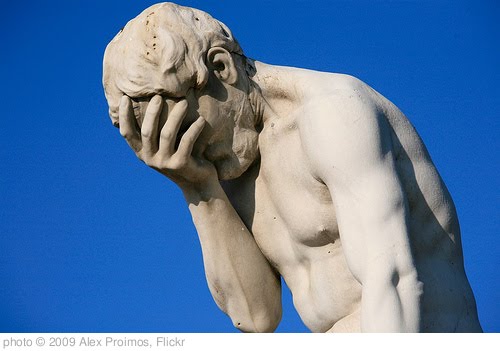 I’ve been catching up on my blog reading today, while trying to get back to some sort of a normal routine after vacation, and two posts stood out to me.

The first is by Walter Russell Mead, entitled “Inequality Grows as Poor, Ignorant Atheists Swamp US“. Don’t worry; he meant the title as tongue in cheek. But here’s his argument: over the last few years, it is the poor and uneducated who are giving up a belief in God, not the educated. And this has profound social consequences, not least of which is that the poor will find it harder to rise up the social ladder.

In the past, the poor tended to be more religious than the rich. They married more, and they didn’t divorce. They belonged to churches with strong community. That’s no longer the case. He explains:

It is also very bad news for the poor. The rich can actually get along without much religion; one of the nice things about being rich is that money can frequently shield you from the consequences of a weak character and bad decisions. If you are rich enough, you can do very poorly in high school but Daddy will have a nice chat with the college president after which the school gets a new gym and you get a slot in the freshman class. You can be pretty sure that the college won’t flunk you out or expel you without a lot of second chances and counseling.

Oh, and if somehow you booze and flirt your way through college and don’t pick up any useful skills, don’t worry. You won’t have any student loans to repay and Daddy will make sure that you find something to do.

The poor aren’t so lucky. The poor kid who wants to get ahead actually has to achieve something. He or she has to sacrifice, defer gratification, learn useful skills, and endure the scorn of classmates who think he or she is a geek and a nerd. Some of us are able to do all that and more without the strength and focus that comes from faith in God — but most of us need all the help we can get.

There’s lots more, including the fact that it is the poor who are now giving up on marriage or on long-term commitment, and that gives their children far less social stability to navigate the future.

Now, pair that article with a column out of Britain talking about the recent riots. Janet Daley says that nobody is really doubting the cause of the riots, except the liberal political class. Everyone else knows it’s social breakdown. She says:

What real people know – and have known for quite a long time – is that the great tacit agreement which once held civic life together has been deliberately blown apart. There was a time within living memory when all reasonable grown-ups were considered to be on the same side. Parents, teachers, police, judges, politicians – decent citizens of every station and calling – formed an unspoken confederacy to uphold standards of behaviour within their own communities. But their shared values and expectations about human conduct were systematically undermined by a post-Sixties political ideology that preached wholesale disrespect for authority, and legitimised anti-social activity in the name of protest.

What do these things have in common? What it tells me is that society has seen depressions and recessions before. We have seen wars, and we have seen disease. But in those days, we had shared values and family to keep us together. We don’t have that anymore. And no politician can fix what’s wrong with society, because it’s essentially a moral rot. We don’t believe in God anymore. We don’t value family anymore. We don’t have community. We don’t understand commitment. It’s all about getting what I can.

And no economic policy is going to fix that. I read far too many political blogs, and get far too riled up about politics. But I am increasingly persuaded that politics can’t fix our problems. We need to start by fixing the family. That’s the cause of so much turmoil right now. Work on your own marriage. Help marriages at your church. Reach out to teens. Do SOMETHING. I don’t know what it should look like, but we can’t sit back and get mad at politicians for wrecking our country. We have wrecked our country. And politicians can’t fix it. Only we can, by bringing people back to values–and to God. And I don’t have a good plan for doing that.