How to Avoid Poverty 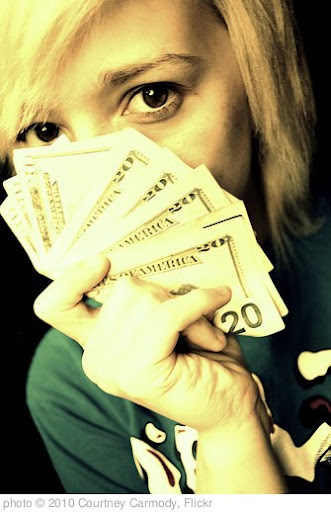 Every Friday my syndicated column appears in a bunch of newspapers in southeastern Ontario. Back in 2006, I wrote this column about poverty, and a reader recently emailed and asked me to repost it. So here it is, fresh from 5 years ago! I still like it, too:

With the new government now in place, the demands are sure to start coming soon that Harper tackle the persistent problem of poverty. And there’s no dearth of suggestions of how to “make poverty history”: increase the minimum wage, increase welfare payments, create more make work projects, and let’s get more rent control.

When we talk about poverty like this, though, we’re talking about it as if it’s a virus, lurking around a corner, ready to randomly infect whomever happens to saunter by. But poverty is not random. I know it’s not socially acceptable to say it, but poverty tends to stalk those people who have behaved in ways that make earning a good living more difficult.

Obviously there will always be factors beyond our control, and I hope that Harper implements good economic policies that will relieve the kind of poverty that stalks communities when industry dries up. Too often, though, we’re scared to talk about the personal factors in poverty because it sounds like we’re blaming people. But we have to talk about it if we want to help young people steer clear of poverty’s pitfalls. Those of us who are parents can and should focus on poverty prevention among our kids, since we may hold the keys that the government can’t reach.

William Galston, a University of Maryland Professor of Public Policy, found that following these steps gives you almost a 90% chance of avoiding long-term poverty. First, graduate from high school. Then, if you don’t want to go on to higher education, take a job right away. Any job. Don’t wait for your dream job, but get the experience that Wal-Mart or McDonald’s offers. Minimum wage jobs may not be fun, but they’re usually short-term and can lead to better jobs in the future. Those who are willing to work, even for less money than they would like, find themselves more employable down the road.

While you’re busy looking for those jobs, there’s something you shouldn’t be doing: having a baby. Wait until you are married. Single parenthood is the biggest ticket to poverty there is. Marriage, on the other hand, often acts as a “get out of poverty free” card. Linda Waite and Maggie Gallagher, in a large-scale study of marriage, found that marriage itself tends to boost one’s income potential. So if you can, steer clear of losers and abusers, find someone stable and kind to marry (I know that’s the hard part), stay married, and wait until you’re married to become a parent.

Finally, stay out of trouble. If you’re in jail, it’s hard to feed your family, and it’s hard to get a job afterwards.

Do these things work? Galston says they do. Only 8% of families who have followed these rules are poor, compared to 80% of families who have not. This doesn’t mean you won’t face occasional lean years, as my mother did after my father left, or as most of us face as we try to get on our feet. But these will tend to be the exception, rather than the rule.

These steps aren’t rocket science, and on the surface they aren’t that difficult. But they’re not that fun, and that’s probably why this advice is often spurned. Many young people suffer from what Galston calls a “magical outlook”: ask them what they’ll be doing ten years from now, and they talk about having a nice house, a great entertainment system, a fancy car, trips to the Caribbean, and more, but they don’t do anything in the here and now to give this a chance of happening. Our kids are taught to dream, but not to do.

Let’s teach them to do. It’s not hard, so let’s say it together: finish high school. Take a job. Don’t have a baby without getting married. Marry wisely. Stay out of trouble. And that’s it. Of course, you probably will still experience rough times, and there are no guarantees. People you love can leave you. You still have to be careful with credit cards, with savings, with spending. But these steps offer you as close to a clear future as anything else we’ve come up with. So don’t ridicule it. Just do it, and make poverty history.