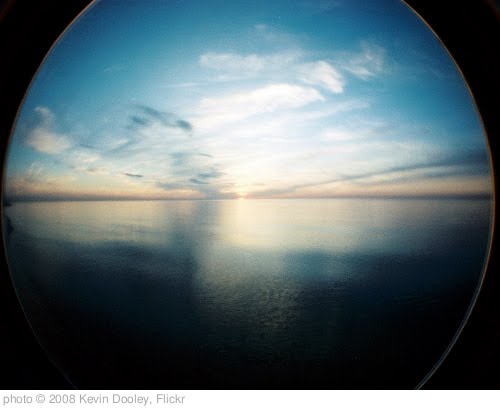 My mother always warned me that time goes faster as you age, but I never really believed her until this summer, when I started to notice how fast my own girls are growing up. Yet it is not only the younger generation that is growing older. Last week my husband’s oldest friend lost his mother, after a very long illness. Life suddenly seems rather short.

A few weeks ago my mother-in-law was listing various health complaints, when I commented, “growing old sure doesn’t sound that fun, but at least it’s better than the alternative.”

My dear mother-in-law then said something very wise. “But how do we know?” She asked. “I’m sure heaven is far better than what we have here.”

I believe it is, and yet often that belief doesn’t translate into my everyday life. Too often I live thinking only of the here and now. Yet if there is something beyond this life, shouldn’t we spend some time figuring out what that is?

Perhaps that is easier for children, who seem to have a better grasp on spiritual things. In just two short weeks I’ll remember the anniversary of my son’s death, fifteen years ago now. His memory is still so much a part of our family, and so my daughters have grown up without being shielded about death, as many children are. And yet it has not made them sad. I remember listening in on a conversation then 6-year-old Katie was having with a friend who was over to play. The friend had picked up a picture of my son and asked Katie about him. She replied, “That’s my big brother Christopher. I never got to meet him on earth, but when I get to heaven he’ll be my tour guide.” I’ve always liked that image.

It is in times of grief that these images are often sealed, either for good or for bad. We either reject the possibility of a deity and an afterlife, or we run desperately into God’s arms for comfort. I have chosen the latter, and I have found that even in tears, it brings peace.

It was that peace that radiated at the funeral last week, as my friend Bruce reflected on his mother’s Margaret’s life. The service was a beautiful testimony to her sense of humour and her faith. And Bruce ended with a story from December 23, 1986. He had called his mother to come and pick him up in Belleville, but she could not find the keys to the car. “Check your pockets,” she said. He did. And the keys rattled. She told him that perhaps it was time for him to learn a lesson and walk home.

With no other alternative, he started to trudge to his house northeast of the city. Over the years, Bruce admits, the story has become embellished. He admits now that he did not walk uphill the whole way. He was not barefoot. He did not have to climb over mountainous snow banks. And yet, on that day, he remembers his overwhelming thought was of his mother, safe and warm at home, while she left him to walk alone. And as he stood at his mother’s funeral, he had that same overwhelming feeling: she was safe and sound, at home, and he was left to walk alone.

When we lose someone we love, that overwhelming sense of loneliness is inevitable. I know those days will descend upon me again, whether it be soon or decades in the future. I hope, though, that those days come, I will be able to keep three images in mind: the God who welcomes me; Margaret, safe and happy at home; and my son, waiting to be my tour guide.