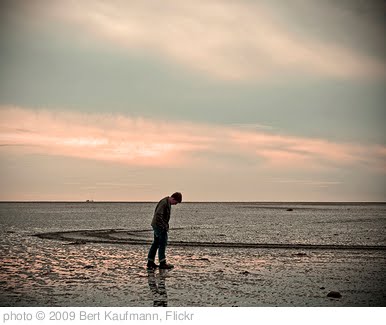 We live in the one of the best countries in the world. We have unspoiled nature, but we also have beautiful, clean cities. We have freedom. We have relative prosperity. We have health.

And so it’s jarring when we see homeless people. How can we have such poverty in such a wonderful country? Across Canada we have opened homeless shelters and food banks. We have public housing. We have breakfast and lunch programs for poor children. We provide welfare, job retraining, legal aid, and more.

Yet despite decades of these programs, poverty is still with us. And so we continue to throw money at the problem. In fact, we throw so much money at it that we could likely bring each and every poor person out of poverty just by giving them the cash we spend on programs—though I wouldn’t advocate that. Despite poverty programs, poverty isn’t disappearing.

I recently heard a talk by Tim Huff, an author and homeless advocate, who posited that the reason we’re not curing poverty is that we don’t understand it. We think we’re talking about poverty of resources—people don’t have enough money, or food, or stuff, and so we try to help them get more money or food or stuff.

But what if that’s not really the problem? He went on to explain that in his work with the homeless, he has discovered that they suffer far less from poverty of resources than they do from poverty of relationship. When people have real community, they will weather storms like job loss or family breakdown. On the other hand, if someone has no community, then what should be a relatively minor setback can cause them to lose their home.

I was stunned as I listened to him, because it made so much sense and yet I had never thought of it that way. And my mind wandered to two women I know only peripherally. Both became pregnant at age 20. There, though, the similarity ends. One has supportive parents, who have set up the nursery, and are caring for the baby so that she can go to school for the next few years to become a nurse. The other has alcoholic parents. She is now living in a subsidized apartment, caring for her baby alone.

I thought of my own mother, who was penniless when my father left. We lived with grandparents for a time and then with my aunt and uncle for a few years while my mother got on her feet. We had a church community that helped with baby-sitting and the occasional gift when she needed it. And my mother managed to thrive, without ever going on welfare. Today, she spends her retirement days trying to be that community to other women who need help.

The problem with attacking poverty as a money issue, Tim said, is that you’re dealing with the symptom, and not the root of the problem. The real issue is that we have a breakdown of family and of community. Those with a close family and a close community are not harmed by occasional financial setbacks. Those with chaotic families are, because everybody is too busy dealing with their own issues to help you with yours.

We can keep throwing money at the problem, but it’s not going to fix it, because it’s not a poverty of resources. It’s a poverty of relationship. And government can’t replace the family. Until we can rebuild families, and rebuild communities, there will always be people who fall through the cracks. We need strong families to raise strong people, and today those are in short supply. So if you want to help with poverty, build your marriage. Raise great kids. Encourage community at your school or your church. Let’s build relationships, which really are the best weapon to fight poverty.