A Walk Through a Disaster Zone

This week I’m touring the southern United States. I was supposed to speak in Tuscaloosa, Alabama last night, but three weeks the tornado hit and obviously the engagement was cancelled. Tonight I’m in Jamestown, Tennessee, but yesterday we had the opportunity to walk through Tuscaloosa.

I have never seen such devastation.

On April 27, a tornado ripped through a portion of the city. It didn’t hit everywhere; but where it did hit, whether houses or stores, it destroyed everything. 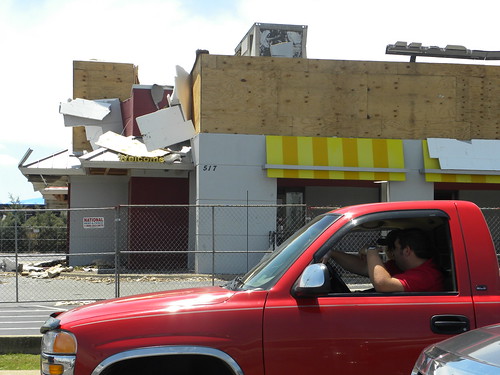 When you start driving through the residential areas, though, it’s the trees that first hit you. 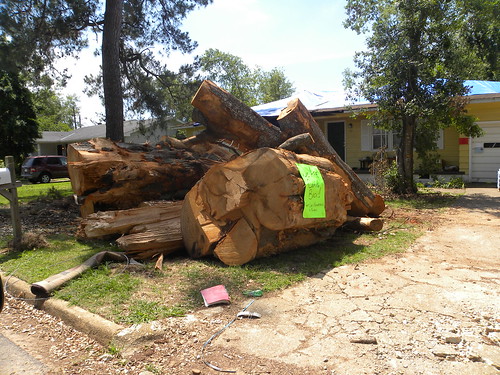 Even where houses aren’t hit badly, the trees are uprooted. (That sign says, “We are coming back!”)

Here’s First Avenue, one of the worst hit. 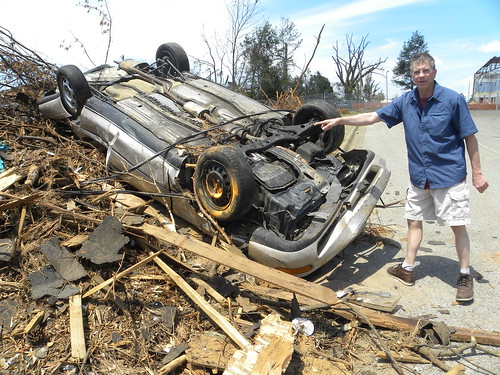 That car had steel bars wrapped around it and door handles broken off. How does that happen?

I have tons of pictures here, but let me show you one story: 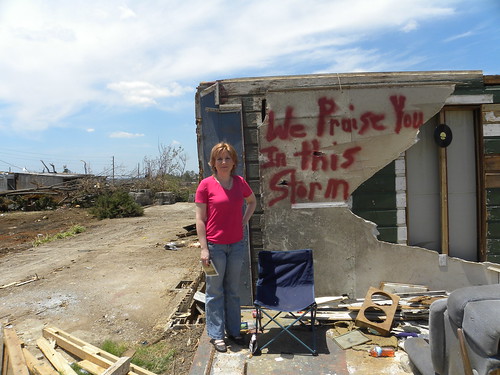 This house belonged to the grandparents of a friend of the woman who toured us around. They lived on First Avenue, which was levelled.

This eighty-something year old couple huddled in this closet when the tornado hit: 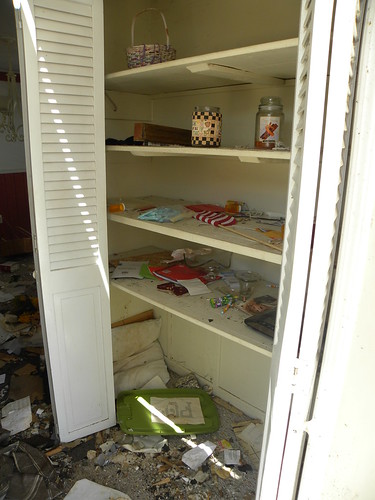 They were in the bottom of it, and they got out fine. The bathroom on one side of them was destroyed: 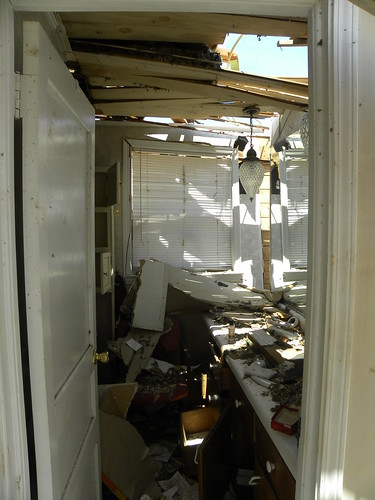 And here’s the kitchen on the other side: 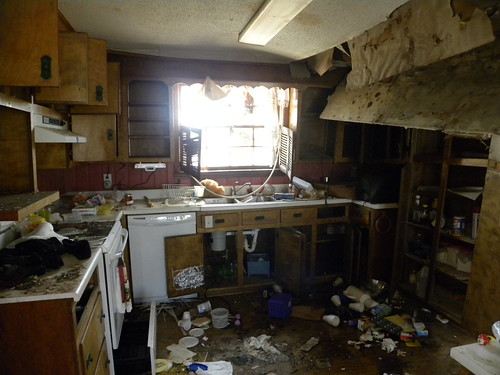 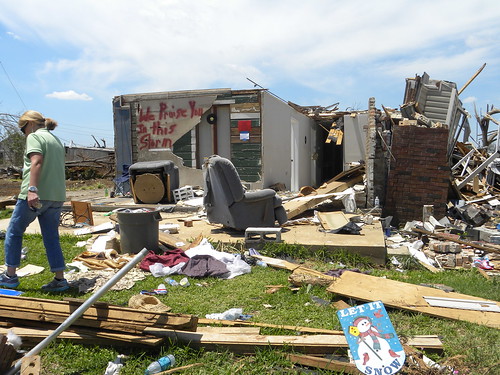 The family have a great attitude. On Mother’s Day they went with lawn chairs and had a picnic on the lawn, holding American flags and smiling. They finished a bag of chips and the grand-daughter didn’t know what to do with the litter. The grandmother grabbed the bag and tossed it in the pile, saying, “I’ve always wanted to do that!”

Beside them lived a single mother with her two children. Here is all that is left of her house: 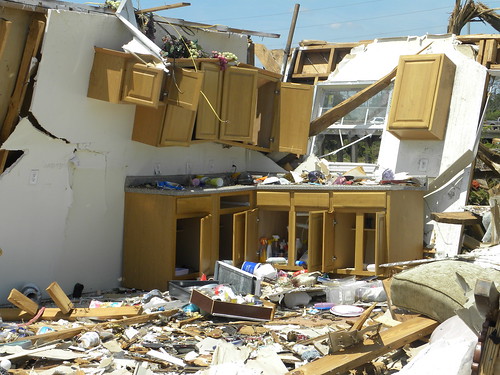 The back of the house is worse. And yet apparently all three survived without injury.

As bad as this all looks, it’s better than it was. At least the rubble is all in piles.

Here’s an incongruous “Happy Birthday” balloon in the middle of rubble: 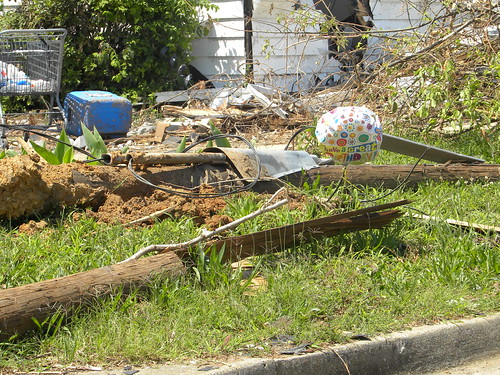 It’s hard to explain how bad it is. My friend was saying that as she was driving around for the first time after the tornado she just started to weep. Her 8-year-old son tried to comfort her. “I know what it’s like to lose some place you love,” he explains. “The Chuck-E-Cheese is gone.”

And it is. All that’s left is piles of brick.

Nevertheless, you can see people’s positive spirit all around the city. They are already rebuilding. People are determined to reoccupy their neighbourhoods. And everyone is pitching in.

Often we forget about tragedies within a week of them happening, but it’s been three weeks now and it still is devastated. It reminds me of how quickly life can change, and how we have to remember never to trust in stuff, but in God. 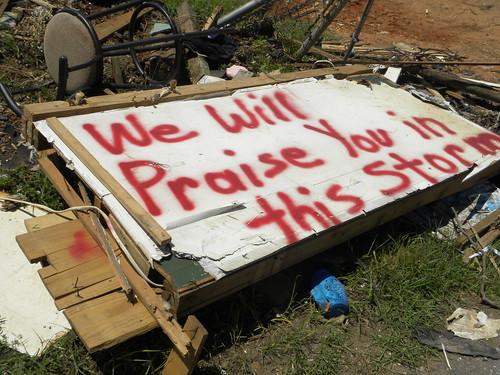 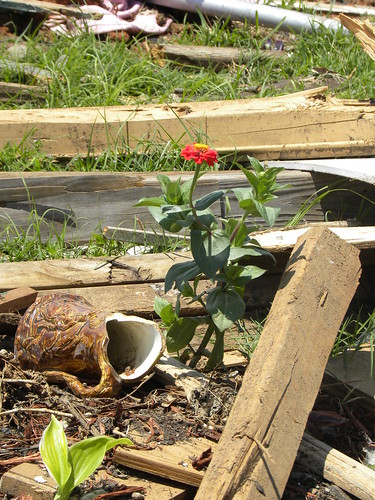