Hands Off My Dishwasher! 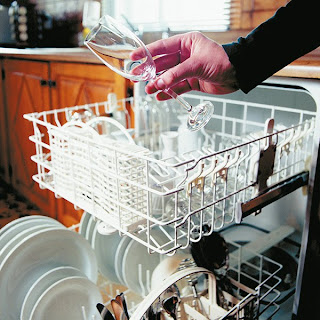 Look, we all want a nice, clean planet. All of us, to some extent or another, are environmentalists. I recycle. I compost. I love going for walks in nature. I personally don’t buy global warming, but I still think we should keeping the planet clean. But sometimes things go too far.

I was recently reading a column by Mona Charen, and as I read it, I thought, “me, too!”. It was as if she were inside my mind. Here’s what she said:

I began noticing the white coating, dull film, and simply unclean dishes a few weeks ago. Naturally, I suspected that other members of my clan were failing to place dishes on the racks of the dishwasher properly. “If the water can’t reach it, it won’t get clean,” I lectured (not, ahem, for the first time), ostentatiously removing a small bowl that had been slipped under a larger one, no doubt by a person who clings to the discredited idea that dishwashers should be loaded to the gills. And those little separators in the utensil caddy — they are there for a reason, gentlemen.

But the crisis persisted. And, as the days passed, it became clear that the matter was beyond poor placement. Bits of spaghetti — stiff and stubborn — stuck like stalactites to bowls. The walls and doors of the machine emerged waxy and coated from each wash, in contrast to the gleaming surfaces of the past. Between the tines of forks, ugly bits of hardened remains resembled something you’d see on NCIS — if not quite repellent, then certainly unwelcome in what should have been a disinfected, pristine dishwasher.

I switched brands of dishwashing liquid. No change. Topped off the rinse-aid reservoir. No change. I’d be lying if I didn’t admit that the thought of buying a new machine flitted through my consciousness. Sparkling, squeaky-clean dishes are a necessary part of our quality of life. But our dishwasher is only three years old. And then I learned that I don’t have a personal problem. I have a political problem.

And that problem? Apparently both the U.S. and Canada have banned dishwashing detergents containing phosphorus. My dishes all have a film on them. My black plastic spatulas have white all over them, and you can’t get it off. Take a look at this: 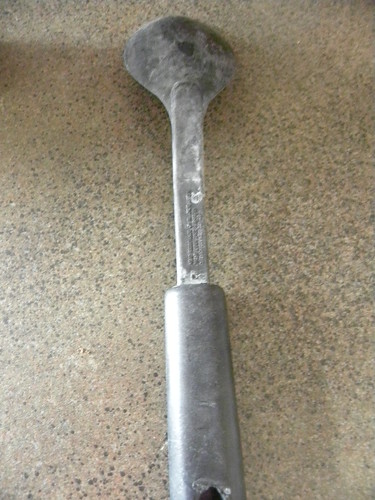 I’ve tried vinegar. I’ve tried everything. My normal detergent no longer does a thing, despite the “Oxi-Action!” (Sorry, I just realized I took a picture of the French side. I’m Canadian. What can I say?). 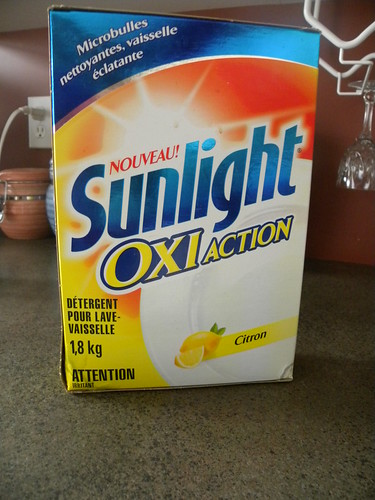 And the glasses are even worse. They’re not sparkly. The’yre disgusting. 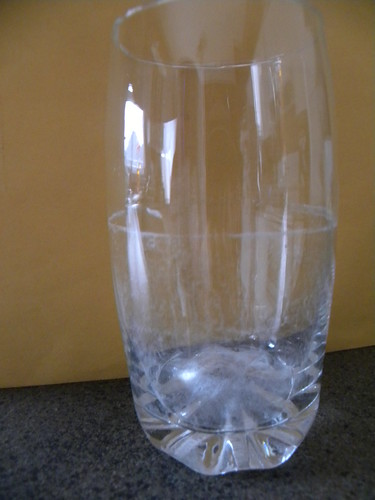 The only detergent that works is those Finish Powerballs in the dishwasher. Every other detergent is now absolutely lousy. But I don’t remember anyone asking me what I thought about this? Maybe it’s the right thing to do, but I can’t believe stuff like this gets done without any debate!

Or take the lightbulb issue. Incadescent bulbs will soon be a thing of the past, even though the new ones cost more, don’t last as long as they say they will, and you can’t dispose of the stupid things because of the mercury! You’re supposed to take them to the hazardous waste dump. Do you honestly believe people are going to go to that trouble? Of course not. All that mercury will end up in landfill anyway. And they don’t come on in cold weather, so you can’t use them for outdoor safety lights in the winter here in the Great White North. They also are associated with migraines!

And finally, what about plastic bags? Recently a whole bunch of municipalities have banned plastic bags in supermarkets (in our town you just have to pay for them), but interestingly, plastic bag use has increased. It makes sense, too. While we used to get those plasic bags and then reuse them several times, we now have to buy plastic bags to line our garbages with, to pick up dog poop, and who knows what. Apparently we’re not using any less.

Sure we used to get plastic bags at the grocery store, and now we can take reusable ones, but we still need plastic bags for our garbage cans. And so instead of reusing grocery bags, we just buy them. But they’re still in the landfill, and the good ones that we pay for take longer to biodegrade than the cheap grocery store ones. I just find so much government regulation has unintended consequences.

People will always do what is easiest and what is best for them, and if we need plastic, we’ll use it. If we need dishes to be clean, we’ll find more expensive ways to do it that may end up hurting the environment just as much. I don’t know what we should do about things like landfill and clean water, because they are a huge problem. But I just wish that there could be some sort of a debate, where all the ramifications of new regulation were spelled out before they passed it. Because I hate these nasty surprises. And I’m pretty sure this lightbulb thing is a really bad idea. What do you think?