When the World Isn't Safe for Women 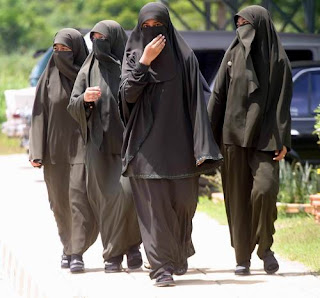 Did you see the news report about Lara Logan, the foreign correspondent for CBS news? She was covering the Egyptian protests when she was separated from her crew, carried off by about 200 men, and brutally beaten and sexually assaulted before being rescued by a group of women and some members of the army.

My heart just goes out to her. Can you imagine how terrifying that would be? I was in Tunisia when I was 20, which is a far more educated and moderate country than Egypt, and yet I have never felt so vulnerable. On buses I was constantly groped. In public I was stared at and hissed at. When I came home, it took me two months before I could look men in the street in the eye again, or stop crossing the street when I saw a man coming towards me. And I wasn’t even assaulted!

I think sometimes we forget how vulnerable women can be. I am not saying that Ms. Logan acted foolishly; she likely knew what she was risking, and CBS likely did, too, and she chose to go anyway. That is what reporters do, and it is a risk they are willing to take. Male reporters and cameramen have been attacked, kidnapped, beaten, and killed, too, in the Middle East this year. It’s a dangerous job, but a lucrative and rewarding one, and I guess she took a risk that in retrospect was too much.

But women do bear a disproportionate risk than men. And if you’ve never been in the middle of a group of men who are all leering at you and reaching for you, I don’t know if you understand how scary it is. We’re insulated from that in most parts of North America because we don’t have mobs, and we don’t have that kind of society. The only thing that might compare is being black and walking through a group of whites (or vice versa). But I don’t think the fear approaches what is the Middle East. What was weird about Tunisia was how many places were simply empty of women. When our team went walking through parts of the city, I and a friend were the only women in sight. That doesn’t happen here. It’s common there. And it’s not a nice feeling.

It’s also why I don’t think we should kid ourselves about women in combat. They aren’t safe; they just aren’t. And women are at a far greater risk when they are in combat than men, because if we are captured, far worse things are almost guaranteed to be done to us than will ever be done to a man.

Should a country allow women to be raped or killed, when there are able bodied men not serving in the military? Even if those women are willing to take the risk?

That’s a tough question. Lara Logan was willing to take the risk, and it didn’t turn out well. But it was still her decision, and to say that she can’t go because she’s a woman seems paternalistic. It’s like saying that a woman can’t decide to be a missionary in a dangerous land, even if she feels called to do so, because it may be dangerous. We applaud women who risk their lives for the sake of the gospel; obviously no gospel is involved in what Ms. Logan was doing, but I don’t think we can say one is wrong and the other right. In both cases, women are taking the responsibility for themselves on themselves.

When it comes to women in the military, though, I see a difference, because those women are fighting on our behalf. They are not just accepting risk; they are doing so in our name. And I think to allow women to accept the risk of rape and torture and murder on behalf of able bodied men seems wrong, especially when so many women in the military are single moms.

Of course, there’s also the issue of military effectiveness when women are in combat, and how that would affect the men in their unit, but I see that as a separate issue. I’m just asking here: should we allow women to take on inordinate risk? Because there’s no doubt that the Middle East is inordinantly risky for women.

I want to leave you with one more news story that has my blood boiling. In Bangladesh, a 14-year-old has been murdered for being raped. Andrew McCarthy reports:

A 14-year-old girl named Hena had been killed by fewer than 80 lashes of the 100-lash whipping local sharia authorities had ordered her to suffer. It’s difficult to contain one’s anger at the details. Hena had been raped by a 40-year-old Muslim man, described in news accounts as her “relative.” The allegation of rape got the authorities involved, but that turned out to be even worse than the sexual assault itself.

Under sharia, rape cannot be proved absent the testimony of four witnesses. Rapists tend not to bring witnesses along for their attacks. In any event, moreover, sharia values a woman’s testimony as only half that of a man, so the deck is stacked and rape cannot be proved in most cases. Yet that hardly means the report of rape is of no consequence. Unable to establish that she’d been forcibly violated, the teenager became in the eyes of the sharia court a woman who’d had sexual intercourse outside of marriage. Thus the draconian lashing sentence that became a death sentence.

Islam’s founder, Muhammad, married a 6-year-old girl. He consummated that marriage when she was 9. That is just simply sick and evil. The Qu’ran says it’s okay to beat your wife if she is disobedient. That is disgusting.

We serve a God who loves women. He didn’t stone an adulteress; He pardoned her. He had long conversations with another. He appeared first after His resurrection to another. He knew women, and He loved them, and He honoured them. And in Galatians 3:28, Paul wrote, “There is no male nor female…for we are all one in Christ Jesus.”

My heart hurts for the girls who grow up thinking God is distant, angry, and cruel. God is not like that.

But in the part of the world that believes that this is what God wants–that it’s okay to kill 14-year-old girls who are raped; that it is okay to marry 9-year-old girls; that it is fine to rape women, as long as they are not Muslim; that it is good to kill your daughter if she is defiled, then that is not a safe place for women. It just isn’t.

I will never go to the Middle East again unless God specifically asks me, because being in Tunisia scarred me, even though nothing like what happened to Ms. Logan happened to me. But such things will keep happening until the pathology that is the radical Islamic view of women is ended. Any women going there must know that there is a huge risk. And because of that, I am very reticent to change our rules to allow women to serve in combat. I don’t want any woman raped or murdered “in my name”.