I have been thinking a lot lately that the majority of my main parenting role is behind me. And I find myself mourning the loss, a little bit. 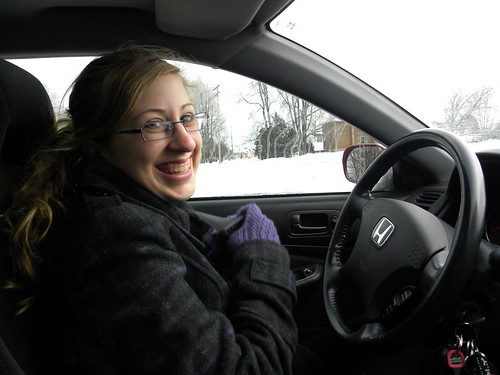 You see, last week my husband took my daughter out driving for the first time (and she did quite well!). She’s turning 16 this week, and she’ll be out of the house in two years. 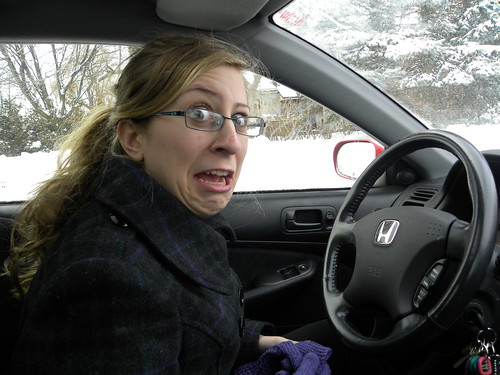 I’ve found myself waking up in the middle night, dreams of my girls as toddlers (and of the baby boy that I lost) dancing on the edges of my brain. It’s really hitting me that they will be launching out on their own soon.

And so perhaps it’s been natural that I’ve been thinking and praying about what to launch them to. Now perhaps the title of my post is not a fair one, for I do feel that children should decide their own future, and not necessarily do what their parents tell them. But at the same time, our job is to advise, and so I am thinking about how to advise them.

When I was growing up, we were so focused on “what you want to be”, by which we meant “what job you want to have”, as if that was all there was to life. You had to settle on a career, and then other things would fit in around it.

In retrospect, I find that extremely silly. I married a doctor, and we have seen family members and friends also go into medicine, with its at least eight years of training, and nonstop studying and stress, and then find out that they just don’t like doing call and being away from their families so much. And so they try to work part-time, or cut back, and find it’s really difficult. But how do you give up on a career you spent eight years training for–eight hard years?

What matters to you as an adult is not what career you have as much as the kind of life you have, and where you want to spend your time. Some careers demand much more of you than others. They may also pay more, and let you have a certain material lifestyle, but they eat you up and spit you out, too.

Planning your life based on what career you’re suited for, then, doesn’t necessarily make you happy or fulfilled. It is so much more important to figure out what your values are, and where you want to spend your time, and what kind of family you will want, and only THEN figure out what job you want. Because for most of us, family will come before job.

Unfortunately, schools and universities spend almost no time talking about how you will build a family and all their time instead preparing kids for entrance tests and pushing them towards certain careers. But what if kids don’t want those careers?

And so, coming from a highly educated family, I have begun to ask if I really want my children to be as highly educated–or, if so, what the purpose of education really is. And what do I want to advise them to do?

I’m raising girls, and so my advice list is very different than if I were raising boys. This doesn’t seem fair I know, but I think it is reality. Most women want to stay home with their children. Most men do not. When they take surveys of working people and ask, “would you rather work less so that you can have more time with family?”, the vast majority of women say yes. The vast majority of men say no. If most working women are unsatisfied, should this not count for something? Should we start asking about why and how we push girls into certain careers, then?

Of course it would be nice if everyone could work less, but practically it doesn’t work that way usually. Someone has to make the money, and someone has to stay with the kids, and it’s just easier if one person does one thing and the other does the other. I’ve known couples who have each worked half time, and that’s great, too. But it’s not that common.

And if most women want to stay home with their kids, and if we agree that a parent at home is superior to day care, then surely this must influence how we raise our girls?

1. My daughters may have to provide for themselves for a time, or perhaps forever if they don’t marry. Even if they do marry, they may have to support that husband while he’s in training (I did), or be the sole support during times of unemployment or illness. Also, not to be pessimistic, but many women marry believing their husbands will love them forever, only to be abandoned. Therefore, they must have a skill that they could use to make an income. They must be trained in something that they enjoy, that they are suited for, and that matches their Christian values in some way.

2. At the same time, they should not train for a skill that would, if practiced, make it virtually impossible for them to stay home with their children. They should not spend years and years in training for something that they would, by nature of the job, have to quit if they wanted to stay home with their children. Therefore, dentistry, medicine, even teaching aren’t necessarily high on the list.

3. Instead, we should steer towards jobs which are flexible and which allow part-time or even at-home work. Things like pharmacy, accounting, optometry, nursing, counseling, speech therapy, clinical psychologist, etc. etc. are closer to what they might do, because all of those jobs have part-time options (you could work a few nights a week if the family needed the income, or you could work from home).

4. University should be seen as a place to make good friends that will likely be lifelong, and so university should thus be chosen based on the type of student that is there far more than the quality of the particular program, since in the long run, who one marries and who one’s friends are are of infinite more importance. For instance, I’m looking at universities for my daughter, and we’re concentrating on cities with amazing churches for college & career groups, that offer shuttle services for church. We’re looking at universities with strong Christian groups on campus. We’re looking at places close enough that she could come home occasionally.

5. Any higher education should not assume an inordinate amount of debt, because then you have to devote your first decade of working to paying off that debt, rather than saving for a house so that it’s easier to stay home with kids.

6. Entrepreneurial skills are extremely undertaught in schools, and necessary in life. Probably the best option my girls have is to figure out some sort of business they could do from home, so steering them in that direction is another thing I’m doing. We’re looking at what skills the kids have, and what interests they have, that could turn into a business (after all, that’s what I’ve done with my writing and speaking).

How would this differ for boys? Because a boy likely won’t choose to stay at home as readily as a girl will want to, he could go into other careers like medicine more easily. But the other things are pretty much the same.

One last thing: it pains me to say that I am steering my girls away from certain educational opportunities, simply because they are girls. But my girls also agree. The number one thing they want in life is to marry and have kids. Most girls are the same way. And yet schools, and many parents, tend to turn to these girls and “pooh pooh” these desires and tell them they should aim for the sky anyway in terms of careers.

If my daughter honestly felt called to be a doctor, I would of course encourage her, because how do I know God isn’t calling her to that? But since neither feels that calling (perhaps because they see how hard their dad works), I’d rather steer them towards a career goal that will mesh with their desires for a family, and their calling as mothers, which I still believe is different from a calling for fathers. I don’t see men wrestling with the question of whether or not to work the way women do. It’s time that culture admitted this and helped girls make smarter choices, before they wind up $200,000 in debt to train for a career they ultimately don’t want.

I have seven years of university behind me, and while I don’t exactly regret those years, I also didn’t really use that education in what I’m doing now, and I’m not sure how useful much of it was. I met some amazing people (and married one of them), and I learned how to write. But I have learned much more since leaving university (I didn’t realize how anti-truth universities really are until I got there and learned that “everything is relative”), and I know so much more about history and culture and literature and life just in my own reading than I ever learned at university. I had so many friends in the Ph.D. programs at those universities, and of them all, I can tell you that the men are still working in their fields, while all the women, with the exception of one, are not. They stopped working to stay home with their kids, and then found they couldn’t keep up with the research demands a career in academia had.

I think we push women far too quickly into career decisions without giving enough thought to what kind of life they really want to lead. If a girl wants to stay home, is that so wrong? And should that not be factored in?

What do you think?