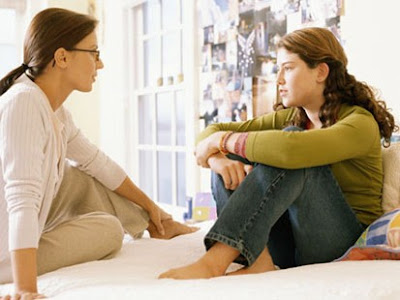 I’ve had a variety of snippets of interactions going through my head over the last few days, which have led me to a certain conclusion. So let me share my thought process with you, and see what you think.

Exhibit A: I talked with a woman whose live-in boyfriend is becoming upset because her teens do no work around the house. He can’t make them; he’s not their father. But he gets sick of their laziness. She says, “they’re teenagers!”

Exhibit B: An 18-year-old hasn’t gone for his licence yet–even though he could have two years ago–for no apparent reason. I think he’s just too lazy. When he’s not at school, he sits around and watches TV. And that is his whole life.

Exhibit C: A youth group is attracting unchurched kids, but losing a lot of churched kids, because all rules have gone out the window. It’s okay to swear, wear whatever you want, play whatever music you want, and doubt all you want. Church is about feeling accepted. Now the churched kids don’t feel accepted.

Exhibit D: A high school student with bright, accomplished parents is suspended again. He is just skating by. He puts no effort in. They don’t know how to motivate him.

I looked at all four of these stories, which hit me within a 24 hour period, and it seemed to me that the common denominator was a lack of expectations combined with unconditional acceptance. Everyone in these stories loves their children. There is no danger of that. But none of these parents or leaders are willing to put actual expectations of behaviour on their children–and the children are responding by simply not putting in any effort.

Let’s deal with the church situation first. I have spoken to some of the churched teens who don’t want to go to the youth group anymore and their response is that it doesn’t feel godly or safe. The message is, “church is what you want it to be”. “God loves you no matter what”. All of which is true. But it’s also true that God has certain standards for behaviour, and that saying the F-word nonstop is not godly. The occasional swear word is not going to bother anyone; but no one wants to step into a church and have it feel like one is watching an R-rated movie. But more important than the swearing is the attitude towards faith: it’s not something that is essential or that is something you have to work at; it’s just what you want it to be.

If kids were being transformed, it wouldn’t be an issue. But most kids aren’t being transformed. It’s become a “cool hangout”. And the problem is that for Christians to grow, we need community–a community we will belong to even when we don’t feel like it; in fact, especially when we don’t feel like it. We must keep ourselves plugged in, or we risk going off track. And if a church doesn’t teach that you must keep plugged in, then you’re not really raising disciples. If it only teaches you should do what’s fun and you should come if you enjoy it, then what’s the chance that these kids are going to keep going when they’re 23?

Now let’s go to parents. A parent’s job is not to get their child to love them or to give their child a good life. A parent’s job is to raise a child who can live independently while also showing compassion and love. Letting a child skirt by with no chores and no responsibilities and letting them get away with everything is not compassionate and it’s not good parenting. It’s failing them.

What I have found is that it is the expectations of the parents so often that determine how the children turn out. Those who say, “teens will rebel. They won’t enjoy church. They’ll struggle in high school” tend to have teens who rebel, who hate church, and who struggle in high school. But I know other parents who expect that their kids will love God, and will try hard, and they do.

Now there’s more to it than just expectations, of course. Those with these expectations set up family life in certain ways. They give chores, they make time for homework, they demand that kids act perhaps more maturely than age would expect. But the reason that they do these things is because they expect that their children will fulfill them and live up to them. And lo and behold, the kids tend to.

Stretch your kids; don’t stretch yourself. Don’t do everything for your children; encourage them to act responsibly, even in little things, when they are very young. They do have brains and arm muscles, you know, so they are capable of learning to tie shoes or of putting their coats on a hanger or a hook by themselves.

If we did this when children were 6 or 8 or even 10, I bet we’d see fewer 18-year-olds sitting on couches like lumps refusing to do anything that would even be beneficial in their lives. I see so many teens who are putting off things that would actually be fun because they can’t be bothered. They have become addicted to doing absolutely nothing. They haven’t understood the joy of accomplishment or independence or ownership, and so they have no incentive to go ahead and grow up and reach for that milestone.

Teach kids that joy. Teach them that you expect them to reach high, and then equip them for it. It takes a real mindset on behalf of parents, but believe me, you don’t ever want to be in the situation where you sit across the table from friends talking about your teenage child, saying, “I don’t know how to motivate him.” You’re right. It’s awfully hard when they’re a teen.

So to sum up: we are to unconditionally love our children, but I firmly believe the way to do that is to expect that they will live godly, independent lives. Put some expectations on them! Make some demands of them! It’s not being mean. It doesn’t mean you don’t love them. It means you’re equipping them.

An airy-fairy style of parenting where parents do everything for kids, or an airy fairy style of Christianity where we just want to get people in the doors does not serve the goal of growth or maturity. We have to find a middle ground where we love and attract people, but where we also point and motivate towards growth. And I think that middle ground is expectations mixed with encouragement: “You can do it! It’s within your grasp! God is there to help you! Now let’s get going!”

What do you think? Can you combine expectations with unconditional love? Let’s talk!