Heading in the Right Direction 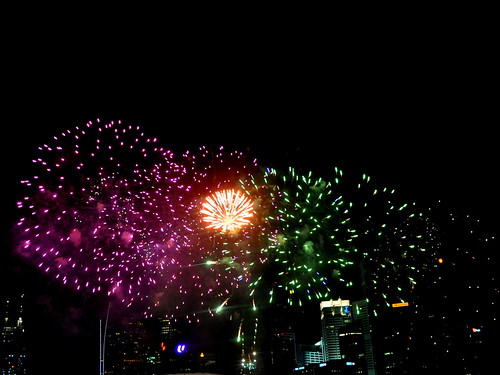 Every Friday my syndicated column appears in a bunch of newspapers in southeastern Ontario. Here’s this week’s, just in time for the new year!

Goal setting is big in the business world. Think of the slogans! If you don’t know where you’re going, any road will take you there! To be good is not enough when you dream of being great! Think little goals and expect little achievements; think big goals and win big success! Or, as Tony Robbins would say, setting goals is the first step in turning the invisible into the visible.

So set goals! Aim high! The sky’s the limit.

Yeah, right. And if you believe that, I have a whole pile of leftover Christmas chocolate that I’m not going to eat, either.

Let’s back up. If goal setting like that is lame in corporate life, maybe all this focus on New Year’s Resolutions can go overboard in our personal life, too. Despite what the business gurus say, much of our goal setting activity sets us up for failure, because we aim too high, and then think we’ve flunked. But as long as you’re heading in the right direction, is it really a failure? To me, your direction is more important than your current location.

For instance, let’s take a guy who looks like he has it altogether. He’s in a stable marriage; his kids are achieving straight A’s; his house is a showcase. But at the same time he’s contemplating having an affair and he’s petrified to look at the credit card bill when it comes in after Christmas.

Contrast that with someone who gave up drinking a year and a half ago. His marriage is still rocky and the kids are still reeling from the dysfunction in the family, but he’s turned his life around. For the first time in a decade he has a stable job and he’s just won two promotions back to back. He and his wife are saving up for a downpayment on a house so they can finally move out of subsidized housing. They’re starting to go to church and get involved in the YMCA.

The first family looks better on the outside; the second family may end up stronger in the end. I don’t think it’s where you’re at that’s important; it’s whether or not you’re moving forward. So if you break your New Year’s resolutions and miss jogging for three days, but at the same time you’ve exercised more in the last week than you ever have before, you haven’t failed. You’re just taking baby steps, which are sometimes awkward. Sometimes you fall down. But at least you’re moving somewhere.

We need to remember that when it comes to goals. Sure, we’ll still have the typical ones. I want to quit my Diet Pepsi addiction, for instance. I hate coffee and I need the caffeine, but I don’t want the aspartame. I want to work my way up to 5 km run (I know that’s wimpy to many, but to me that’s a lot). And I want to get more organized with my menu planning.

It’s hard to measure those things, but I hope, at the end of ten years, that I can look back and say that I’ve moved in the right direction. I’ll never really arrive, but maybe we’re not supposed to. Maybe we’re just supposed to keep growing. So I’m going to point forward and take baby steps. As long as I’m moving, I think that’s more important than where I am now.