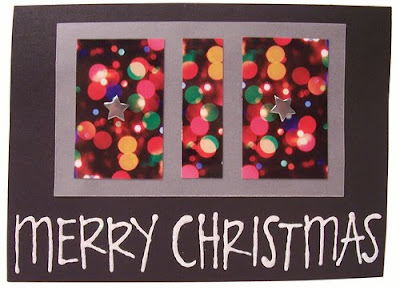 Photo by Lauren Manning
Every Friday my syndicated column appears in a bunch of newspapers in southeastern Ontario. This week’s is so much like Wifey Wednesday that I thought I’d republish an older one instead, just for variety. So here’s one from two years ago. The sentiments are still the same.

I am not doing holiday baking. I am not erecting a Seasonal Tree. I am not buying Winter Presents, or Holiday gifts, or putting up Seasonal lights. They are Christmas lights, and I’m proud of it.

It drives me around the bend how the word “Christmas” has become something to be embarrassed about. Companies don’t throw Christmas parties; they hold Holiday Get-Togethers. We receive “Best Wishes for the Holidays” cards from politicians and mechanics and charities we’ve supported this year. And worst of all, stores advertise their “Holiday Specials”, or attempt to share the “Joy”, as if we’re all magically joyful about this time of year when slush and freezing rain abound.

I understand that nobody wants to offend people who don’t celebrate Christmas, and that desire is very admirable. I think, though, that this is taking things a little too far. The vast majority of Canadians celebrate Christmas in some way, even those who aren’t religious or don’t go in for eggnog. So why can’t we acknowledge that?

Or what about “holidays”? When’s the last time you sent someone a card wishing them “happy holidays” because they were taking a four day weekend? We just don’t do it. And that’s the problem with a lot of political correctness. It really makes no sense.

I recently saw a poster advertising the “Year of the Older Person”. I suppose they didn’t want to say “Year of the Elderly” or “Year of the Senior Citizen”, but their choice of politically correct words just made the whole thing laughable. After all, my daughter Rebecca is older than her sister Katie. Katie is older than her cousin Jessica. In fact, since there are approximately five babies born every second in their world, we all only have a micro-second of our lives in which we are not an older person. But someone decided to bestow that name upon the celebration so as not to offend. In the process, they stripped it of all meaning. I think we’re doing the same thing when we refuse to acknowledge the existence of Christmas.

In fact, what if not saying Christmas is actually offensive to more people than saying it is? If Christmas is people’s most significant celebration, then to pretend it isn’t happening is denying something that’s vitally important to them. One study out of the United States found that 67% of American adults preferred stores to use “Merry Christmas” in their seasonal advertising rather than the innocuous and meaningless “Season’s Greetings”. No matter how you cut the demographics—whether it was men, women, unmarried, married, investors, or not—in all categories a majority liked Merry Christmas better.

This year Sears has their “Wish Book” title written in a huge font, but at least the word Christmas is there, on the cover, though you may need your reading glasses to make it out. Wal-Mart in 2005 was holiday neutral; in 2006 they switched back to Merry Christmas, in the hope of luring more customers back to their stores. And the Toronto City Council had eggnog on their faces after their “holiday tree” fiasco last year, which they had to switch back to “Christmas Tree”, since that is, of course, what it is.

Our family isn’t spending very much this year. We’re taking a vacation instead, and I’m hoping to head back to Africa in a month. But when we do shop, I’ll stay away from the stores who want me to “share the joy of the season”. I’ll be heading to those who aren’t afraid to mention why I’m shopping. When people start to acknowledge that it is, indeed, Christmas, then the merriment begins. So Merry Christmas, to all of you. I hope you all have a blessed celebration.