Childhood Should Not Be Eternal 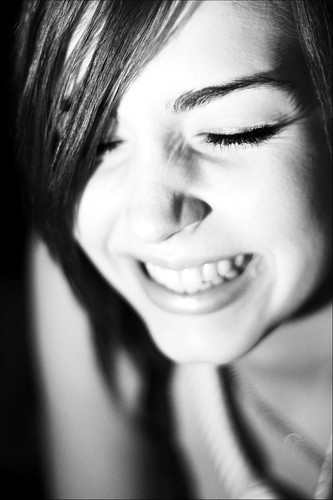 Photo by Dan Foy
When children are two and parents are attempting the toilet training feat, there’s a phrase that we all seem to say: “Look at what a big boy/girl you are!” We encourage kids to want to think of themselves as “big”. And they love it! They walk up to complete strangers and announce, “I’m a big boy!”

What happens to that pride in growing up?

It somehow disappears. Several commenters and emailers suggested I was being harsh in my Halloween column, when I said that teenagers should not be trick or treating. I know many trick or treaters in my neighbourhood last night were well past my expiry date for revelers, so I don’t think that my interpretation of the etiquette of the evening is very widespread.

So I’ve been rethinking my take: am I wrong on Halloween? Perhaps. I’ve never been enamoured with the holiday to begin with, so I may be being a bit grumpy about it. But I’ll tell you why I think it’s important: too often we deny our children the chance to grow up.

Our society is suffering from an epidemic of overaged adolescents. College graduates move back in with their parents (though much of that is the lack of ability to find a job). People don’t marry; they live together. They become addicted to video games. Teens are often very rude. They don’t know how to hold down a job, even if they wanted to. They don’t seem in a hurry to hit the milestones I rushed full tilt to: finish school, get married, have a baby, get a job. Those things are to put off as long as possible, so we can still “have fun”. And fun is described as anything that does not require responsibility.

We live in an adolescent society, and I see that as a bad thing. Thus, in my parenting and my writing I have taken every opportunity possible to encourage children to grow up, in age appropriate ways, of course. Here are a couple of random thoughts on how to encourage kids to “grow up”:

1. Talk About the Next Milestone

And then, when those milestones happen, get excited about it! Have a mini-dinner party about it! It’s not hard; just at your regular sit down family dinner wear paper hats and toast the child who has reached another milestone. Talk about growing up as if it’s a good thing.

I remember at each birthday for a while I was allowed to stay up 15 minutes or half an hour later at night. I was so looking forward to birthdays because I’d get to go to bed later!

That’s hard to do, though, if kids don’t have a strict bedtime. Parents today aren’t as scheduled as parents were when we were growing up, and because of that it’s hard to make distinctions between different ages. If you’re already letting your 8-year-old stay up until 9:30 at night, or go to bed whenever he wants, how do you give him increased privileges when he turns 9?

So don’t let all children do everything. I know that’s hard when you have a whole pile of kids, and you’re just trying to keep things working, but distinguish between the ages. Give the older one more privileges, and then growing up will be seen as a positive thing.

At the same time, give children more responsibility as they get older. Increase the number of chores they’re expected to do. Help them learn to run a household, whether it’s ensuring they know how to cook a few meals by the time they’re 13 or teaching them how to clean well. When kids feel capable, they tend to act more mature and think of themselves as older.

Then, with that responsibility give increased allowance. Don’t give every kid the same amount of spending money; increase it as they age so that they want to get bigger.

4. Put an Age Limit on Some Activities

Here’s where my Halloween strategy comes in. You may not agree with it for Halloween (though I definitely do), but think long and hard about this. We don’t want children to grow up thinking that they can still act like children, even when they’re in their late teens. We want to raise children who, once they’re 18, will want to get a job, will want to become more independent, will want to plan for the future.

So take some things in your family and call them off limits once a child hits 13 or 16. I would put Trick or Treating in this category, but you may add something else, like going to a particular summer camp, or doing a certain extracurricular activity. Whatever makes sense for your family.

Just make sure that as your children age, you are distinguishing between childhood, adolescence, and adulthood, and that there is a progression. Don’t assume that children will one day wake up and think of themselves as adults and be happy that they’re adults!

Last summer we threw a blessing party for my 13-year-old. I had a mini-spa set up in my dining room and living room, where we were doing pedicures, manicures, and facials. It was great fun.

Then, afterwards, I invited twelve women and several teenage girls who Katie looked up to to say a blessing over her, and to affirm something that they saw in her. We did the same thing for Rebecca when she was 13, and it was wonderful.

Their life, in other words, is bigger than just them. You can’t live life as an extended adolescent; we have to embrace the fact that God has called us to something, and is now equipping us for it.

One last warning: The new Superman graphic novel has radically changed the Superman character. Education writer Joanne Jacobs explains, “He’s still super, but he’s not happy about it. DC Comics’ new Superman is a sullen, brooding and angst-ridden 20-year-old who prefers a hoodie to a cape”. They’ve turned Superman into a brooding adolescent, instead of a hero who wants to fight for justice and for what’s right. Even our cultural icons have started to glamourize this extended adolescence. If you don’t want that for your child, you will have to fight against it, and that means making some things off limits for teens, giving them more responsibility, and marking milestones.

That’s why I believe teens shouldn’t trick or treat. Perhaps it’s only a minor thing, but it’s part of my bigger strategy to help my girls grow up. I don’t know what stage your children are at, but it starts in the early years, encouraging them to look for the next milestone, giving them increasing responsibiliity and increasing privileges, and congratulating them when they reach a certain skill level or responsibility level. Let’s talk about growing up as if it’s a good thing; let’s remind them that it’s part of God’s plan.

If we all did that, I bet we’d have fewer brooding Supermen.