Not Dangerous Enough Life of Boys 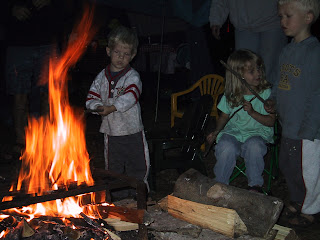 I have a little friend who, when he was only five, did a horrendous thing. He bit a boy at school. This particular boy had been pestering him for months, and my little friend lashed out by sinking his teeth in.

A human bite, unfortunately, is not clean, and it sent the bully on a trip to the Emergency Room. Meanwhile my little friend was given quite the verbal lashing by the principal about how violence is never the answer.

His mother, a good friend of mine, was quite perplexed about how to react. Personally, I told her, I think his transgression was twofold: he used his teeth rather than his hands, and he did so at school where violence is never permitted. Other than that, was he really so wrong? Kids have been fighting back against bullies for time immemorial, and it’s often quite effective in getting bullies to back off.

Taking the publishing world by storm a few years ago was The Dangerous Book for Boys. It doesn’t give secrets on how to get your mothers to feed you chocolate or how to get your way with women. It simply talks common sense about things that have been part of boyhood almost forever, until our generation forgot them. Things like how to tie a knot, how to fish, how to jump from a rock into the water, or how to survive in the wilderness. These were the plotlines of most boys’ novels until relatively recently, when we started to believe that what boys truly desired was to share their feelings.

When places like schools try to curb boys’ natural impulses to be active, risk-taking, and even a bit violent, we run the risk that children will start acting out inappropriately in places with less supervision. If boys are told they must sit still and listen to books all day, they’re more likely to go off the rails after school. If boys can’t play tag at recess because it’s too competitive, or they can only play if everyone gets to be “it”, we aren’t going to curb their natural boyhood impulses. They’re simply going to express them in other ways.

Over the years we have taken all the danger out of childhood. We do this in the interest of safety, and few could argue against bicycle helmets for children, or against safe playground equipment, or for playing with matches. But there is a part of boys, and even many girls, that still yearns for risk.

Remember the playground equipment when we were young? You ran a risk every time you used the teeter totter because you had to trust the guy on the other end not to jump off suddenly. And what about that merry go round? They’re removed from most playgrounds today because if you get a few bigger kids creating momentum, a smaller child could go flinging off. Of course, that’s why many boys ride them in the first place—the flinging part is the attraction! But that’s all the more reason to get rid of these dangers.

As schools banish anything resembling danger, much of the adventure of childhood is being removed. For all children, but especially for boys who tend to gravitate towards risk-taking more than girls do, this isn’t always a good thing. That’s why The Dangerous Book for Boys is needed. It’s a philosophy to bring adventure back into family life, even if the schools are squeezing it out because they’re afraid of being sued.

Most boys love seeing things explode, or collapse, or go bang. They love starting fires, sleeping outdoors, and even killing things. It’s time for some adventurous, adult men to step up to the plate and let boys be just a little bit dangerous. What else is childhood for?