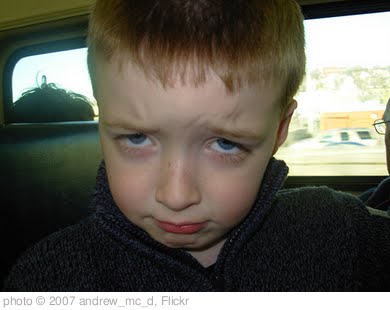 Around or about 1665, Sir Isaac Newton, so the story goes, was resting outside under an apple tree, when a big red one landed on his big red noggin. Suddenly the Universal Law of Gravitation occurred to him, and a new scientific field was born. For good measure he also decided to invent modern calculus, something for which many first year university students have yet to forgive him.

I’m glad Newton lived three hundred and fifty years ago and not today, because were he born today, I’m not sure what would have happened to him. There’s some interesting research positing that Newton had a form of autism, or perhaps Asperger’s Syndrome. He was known as being somewhat “odd”, and when he had an idea, he fixated on it until he could figure it out, regardless of what was going on around him (although he did tend to notice falling fruit).

The world has always been full of odd people, but until relatively recently others may have talked about them and wondered about them, but in general they still found a place for them. In fact, most of Silicon Valley in the 1970s was populated by males with Asperger’s who loved thinking about computers. The Syndrome may have hindered their ability to get a date to the prom, but it didn’t stop their creativity.

Today we are so quick to label children that we may make people think they are less capable than they actually are. Autism and Asperger’s Syndrome can certainly cause immense difficulties for families, but let’s not forget that many with these conditions have been highly successful—when we just thought of them as odd, rather than as somehow “affected”. By labelling children early, do we cause them to feel that they will never succeed, never fit in, always be looked down upon?

Yet labelling those along the autism spectrum is not nearly as damaging, I don’t think, as labelling those along the anger spectrum, or the narcissism spectrum, or the just plain jerk spectrum. The DSM, which lists all mental disorders, is now being revised after sixteen years, and it’s widely assumed that it will include even more disorders than it currently does. Some of the current ones are already pretty strange. There’s oppositional defiant disorder, which is defined as someone who often loses his or her temper, often annoys people deliberately, and is often touchy. Resemble anyone in your family? Then there’s narcissistic personality disorder, which is someone who is boastful, pretentious, and needs admiration. Physicians are always being given new spectrum disorders to look for, though most doctors know exactly what violent kids with anger problems and a propensity to reach down girls’ pants have wrong with them: idiot parent disorder. That one, unfortunately, isn’t in the book.

At one point we would have called these children—and their parents–some unprintable word, and ostracized them. And the ostracism is rather effective, because it conveys to people that they’re doing something society finds unacceptable. Today, we say instead that “you’re suffering from a disorder”. You’re no longer to blame; you simply have a condition that you need to learn to deal with. Character has been taken out of the equation.

The world would function much better if we made more room for those who are a little odd. But it would also function better if we made less room for those who are mean, arrogant, and anti-social. We shouldn’t ostracize those who have different personalities, but ostracizing those with flawed morals is a mighty fine idea. Thinking up new calculus ideas: good. Terrorizing others: bad. Why is that so hard to understand?