Do You Worry Too Much?

Are you a worrier?

Many of us are. My grandfather fretted about just about everything. He was the kindest, sweetest man, but he still had two heart attacks in his 50s (which he survived) probably because he was a big worrier. 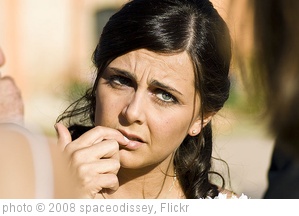 We like to keep the illusion of control because then we feel like we can protect the things and people that are important to us. When the things that matter to our hearts are threatened, worry follows.

When I was pregnant with my son, and was told that he had a serious heart defect, I worried about everything. What would happen if I needed an emergency C-section, and then they whisked him off to another hospital to do surgery on him, and I couldn’t see him? What would happen if he got put on the heart transplant list? What if he crashed at birth? Would we have to decide whether or not to intervene? I tortured myself with all of these scenarios. How would I make the big decisions with regard to his care? What would I do if…..

Often the reason that we worry is because we’re playing possible scenarios in our head, sort of like an inner movie theatre, trying to plan our moves ahead of time, so that if something drastically bad happens, we’re prepared. The problem is it doesn’t really prepare you. It just scares the living daylights out of you, because you’re imagining all these possible things that might happen that are absolutely terrible, and that’s what you’re concentrating on.

In the end, with my son, only one scenario actually happened of the dozens that we imagined. It’s like that with whatever’s on your mind, too. Only one future will unfold, no matter how much you think about all the other possible ones, trying to steel yourself to what may come.

And when we try to steel ourselves, we think that if we just imagine it, we’ll make ourselves stronger. But then as we imagine it, we realize how weak we really are. There’s no way I could handle losing a child! Losing a job! Losing my house! Losing my marriage! And we fall apart more. Besides, what we’re really doing is saying that I need to make myself strong enough to handle it, so I will practice now. What we forget is that we can’t make ourselves strong enough.

In the end, our strength doesn’t come from our own mental and emotional gymnastics; it comes from our ability to lie at God’s feet and let Him help us.

But let’s the back the truck up for a minute and look a little deeper at what this means.

He doesn’t take care of your scenarios or your what ifs. He takes care of you where you are. Perhaps the reason you can’t handle all the scenarios that go through your head is because God isn’t there. God is in the here and now, not in everything you can conjure up in your imagination. Only one scenario will actually occur, and in that scenario, God promises He will carry you. He will be smack in the middle of it. But He’s not in the middle of all your fears.

But seek first His kingdom and His righteousness, and all these things will be given to you as well. Therefore do not worry about tomorrow, for tomorrow will worry about itself. Each day has trouble of its own.

You might read that and think, “Oh, great. Jesus is saying that today is bad enough, so I have to focus on today or I’ll never get through it to deal with tomorrow“, but I don’t think that’s what He means. I think what He means is that you can’t control what happens tomorrow. You don’t know what’s going to happen, or what you’re going to have to do. And trying to prepare emotionally for it doesn’t help because you don’t know what it is that will unfold.

The key to how to stop worrying is to keep your eyes where they’re supposed to be.

Seek God, because He’s the one who will look after you and carry you. And then concentrate on the here and now. God is in the here and now; He is not in all your imaginings of possible crises. He is here to carry you through what is real, and He will do that. If we’re worried about tomorrow and playing all the possible bad things that can happen, we’re missing how He’s carrying us right now. His grace is sufficient for us, but it’s only sufficient for us in the real; not in the imaginary.

So live day by day. Don’t worry about tomorrow because you don’t know what’s going to happen. Don’t flee from God, which is what you’re doing when you start to imagine all the different things that can happen. Instead, feel God now. Learn to experience Him. Talk to Him. Take your worries about today to Him. Enjoy the blessing of the day that He has given to you.

The only thing that God wants you to do is to live today well. Live this day as He wants you to. He has given you enough time in this day to accomplish His purposes for this day. You don’t need to do anything else. Live in the future, and the unknown, and you will miss those purposes.

It’s interesting that in the New Testament when the apostles go through tests and crises, God shows up. But He only shows up in the middle of those crises.

Jesus said that when they are taken before kings and magistrates, then the Spirit will give them the words. He doesn’t give them the words beforehand; He gives them the words at the time. God works in the present, not in your fears for the future. He often doesn’t prepare us until we need Him. So worrying about it doesn’t work.

I spent a lot of time worrying about scenarios with my son that never came to pass. What did happen was that the decisions were far easier and more obvious than I thought they would be. We can always imagine far worse than what actually happens. But more importantly, God was there to carry me.

So don’t worry about tomorrow, what you will eat, or drink, or who you will love, or who will love you back. Live today. Love today. Talk to God today. And perhaps, if we focus more on being alive and present IN the present, our problems with worry would go away.