Divorce Calculator: What is Your Chance of Divorce? 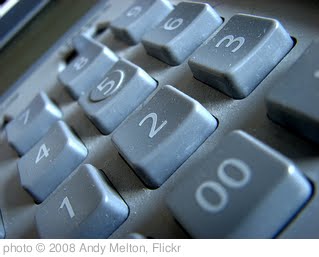 Someone on Twitter (follow me here) posted a link to a nifty divorce calculator! You type in some vital statistics, and it churns out your chance of divorce.

Mine was pretty high, at 38%. And a 9% chance of divorce in the next five years, which they said is in the high range.

I think it’s because we married young (I was 21), and that is a major indicator for divorce apparently.

What this doesn’t measure is your commitment to each other or your commitment to God. Because of that, I’d put our chances at closer to 0.5%. I’d say 0%, except that pride goeth before a fall! So I’d better say at least something to be on the safe side!

Anyway, it’s an interesting exercise. Funny, though, that they didn’t ask you if this was your first marriage or not. Or if you lived together first or not. Two of the biggest indicators for divorce are second (or third or fourth) marriages, and cohabitation before marriage. Both make divorce rates skyrocket.

But let me talk about divorce rates for a minute. I’ve heard the statistic tossed around and quoted quite a bit that divorce within the church is the same as the general population, if not a bit higher. That’s not actually true.

What is true, if you break down the stats, is that in some areas, and specifically in the Bible belt in the U.S., religious affiliation seems to have little or no effect on divorce, which is terrible. In northeastern U.S.A., or in Canada, religious affiliation is a major protector against divorce. Again, it doesn’t mean it doesn’t happen; it just means it’s less likely.

Why would it be higher in the Bible belt than in other areas? This is just my personal opinion (and I’d love some input from some of you if you live in the southern states) is that where Christianity becomes cultural it can stop having a major impact on people simply because those who self-identify may not truly be committed. It’s socially acceptable to go to church, so many do. But it may not permeate their lives in the same way it does where Christianity is not as socially normal.

At the same time, because people are in the church they have an image to maintain, so they may not talk about problems. Marriages, then, can easily be endangered.

Whenever Christians divorce it is a huge tragedy. It is a death of a small civilization. And what chance can we have of redeeming the culture if our families are falling apart?

I think that’s why I’m so passionate about marriage, and why I speak at marriage conferences and why I write marriage books. I want our culture reached for God, but that’s only going to happen to the extent that the church can provide a model for stable families.

So if you’re having trouble in your marriage, DON’T HIDE IT! Face it. Talk to someone. Buy a book. Don’t let it go! If you do, it can build up and build up until you can’t take it anymore.

My husband and I have been through really rocky periods in our marriage, and several times we actually sought counselling. Even today we still have issues we’re working on, and things aren’t always rosy, but we do feel very connected and very intimate. We’re just not perfect yet. And that’s okay.

But if we hadn’t sought counselling during those rough times–if we hadn’t tried to fight through them, I don’t know where we’d be today.

Sometimes it’s tempting to push problems under the rug, and concentrate on something else, like your kids, or your job, or your church. Don’t do it. Make your marriage come first. Rescue it. Talk about it. Pray about it. Fight for it.

Your marriage is the foundation for everything else. It needs your primary attention. We try to stay connected and schedule times to talk about our marriage. Often in a bubble bath, if that’s not too much information! But you do need to talk every now and then in a safe way. If you don’t have that safe way, keep reading. Every Wednesday I post “Wifey Wednesday”, or advice for wives. And I have lots more marriage articles. But there is so much information out there! Make use of it. Do something. And save your marriage now!